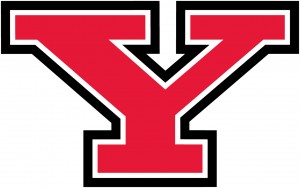 An estimated 1,000 Youngstown State University students could save a combined $500,000 in tuition under a new tuition plan that will become effective in the Spring semester in January.

Under the previous tuition plan, undergraduate students could register for 12 to 16 credit hours per semester and pay the one “bulk” tuition rate. The tuition rate is currently $4,044 per semester.

“Increasing the bulk rate is part of an ongoing effort to reduce costs for students,” said Neal McNally, vice president for Finance and Business Operations. “YSU is already one of the most affordable universities in the region, and this new rate plan will lower those costs even more.”

McNally noted that the change in the bulk rate is also consistent with the recently published recommendations from the Governor’s Task Force on Efficiency and Affordability in Higher Education.

The new “bulk” rate is just one of a handful of initiatives by YSU to lower the cost for students to earn a degree. The university also recently reduced the number of credit hours required to earn a bachelor’s degree, started a new program called Penguin Jump Start for freshmen to get a head start on earning credits, and expanded the College Credit Plus program, which allows students to earn college credit while in high school.

In addition, YSU’s tuition is already the lowest among the Ohio’s 11 largest public universities and $1,620 below the statewide average.