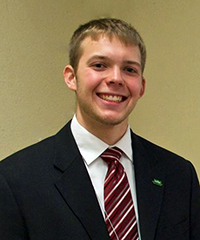 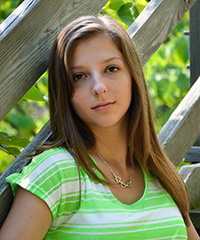 Youngstown State University juniors Andrew Morgan of Vienna, Ohio, and Jenna Wise of Hubbard, have been selected as Goldwater Scholars for the 2016-17 academic year, marking a first in YSU history for two students to receive the prestigious award in the same year.

In all, only 11 Ohio residents were chosen.

Selected on the basis of academic merit, Morgan and Wise are two of 252 total sophomores and juniors in the United State chosen from a field of 1,150 mathematics, science and engineering students from 415 colleges and universities. 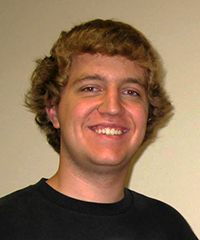 YSU sophomore Zack While of Austintown was recognized as a Goldwater Honorable Mention.

“Since 1997, we’ve had seven students, all members of YSU Honors, named Goldwater Scholars, along with four honorable mentions,” said Amy Cossentino, director of the YSU Honors College. “It really speaks to what outstanding potential our students continue to have in the STEM fields.”

Established in 1986, the Barry Goldwater Scholarship and Excellence in Education Program is named in honor of the former U.S. senator who served for 56 years as a soldier and statesman, including 30 years in the U.S. Senate. The purpose of the program is to provide a continuing source of highly qualified scientists, mathematicians and engineers by awarding one- and two-year scholarships—covering the cost of tuition, books and room and board up to $7,500 a year—to college students who intend to pursue careers in these fields. The Goldwater Scholarship is the premier undergraduate award of its type in these fields.

Earlier this academic year, senior Ashley Orr was also nationally recognized. She is the university’s first Rhodes Scholar; YSU is now one of only two public universities in Ohio with two Goldwater and one Rhodes scholarship winners this year, along with Ohio State University.

Andrew Morgan was awarded a one-year scholarship estimated at $7,500. A junior electrical engineering (computer/digital concentration) and computer science dual major with a minor in mathematics, Morgan is a University Scholar at YSU and participates in Student Government Association and Academic Senate. He also works as a teaching assistant for Honors First-Year Engineering courses. Morgan intends to pursue his PhD in computer engineering, focusing in robotics and artificial intelligence. His goal is to conduct research while teaching at the university level.

Jenna Wise is a mathematics and computer science double major at YSU and a member of the Honors College. She was awarded a one-year scholarship of up to $7,500. After her undergraduate career at YSU, Wise plans to earn an interdisciplinary PhD in computer science and math. She hopes to perform research in theoretical computer science and teach at a university after earning her doctorate.

Chosen as an Honorable Mention for the Goldwater Scholarship this year, Zack While is also a member of the Honors College and a computer science and applied mathematics double major at YSU. He plans to pursue a PhD in computer science and focus his doctoral research in artificial intelligence. He also hopes to one day teach at the university level.

Tagged with
News Briefs, Uncategorized
April 1, 2016
A+ A-
Email Print