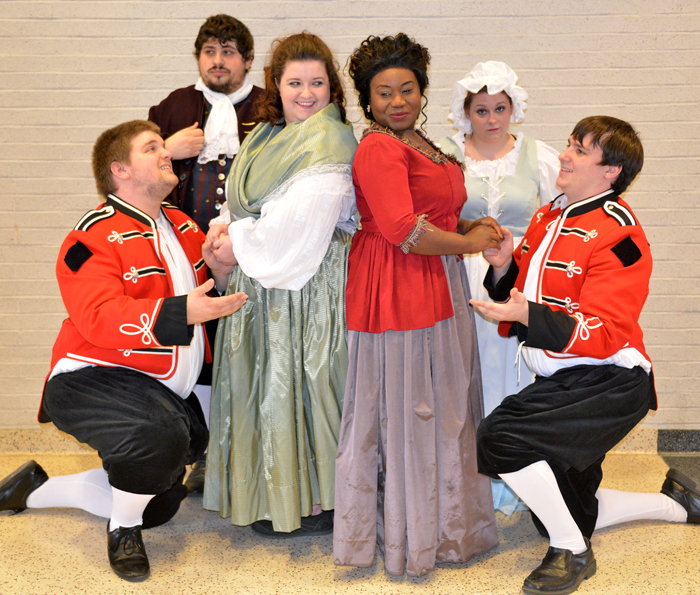 Friday and Saturday performances are at 7:30 p.m., while the Sunday matinee performance is at 2 p.m.

Adult tickets are $16. Special rate tickets are $8 for non-YSU students, YSU faculty and staff with valid ID, senior citizens, Penguin Club members and groups of eight or more. YSU student tickets are free with valid ID. Patrons are advised to purchase tickets early by calling the University Theater Box Office at 330-941-3105 or visiting www.ysu.tix.com. Parking is available in the Wick Avenue deck for a nominal fee.

An opening night pre-performance lecture titled, “The Good, the Bad, and the Funny: Responding to a Multi-Faceted Mozart in Cosi fan tutte,” will be presented 6:30 p.m. Friday, April 22 in Room 2222 of Bliss Hall. Lecturer is Stephanie Ruozzo, a first-year doctoral student in the musicology program at Case Western Reserve University and currently serving as research assistant at the Rock and Roll Hall of Fame’s education department. She holds three degrees from YSU and has performed with YSU’s Symphonic Wind Ensemble, Clarinet Choir and Early Music Ensemble. Reservations are not necessary for the lecture. 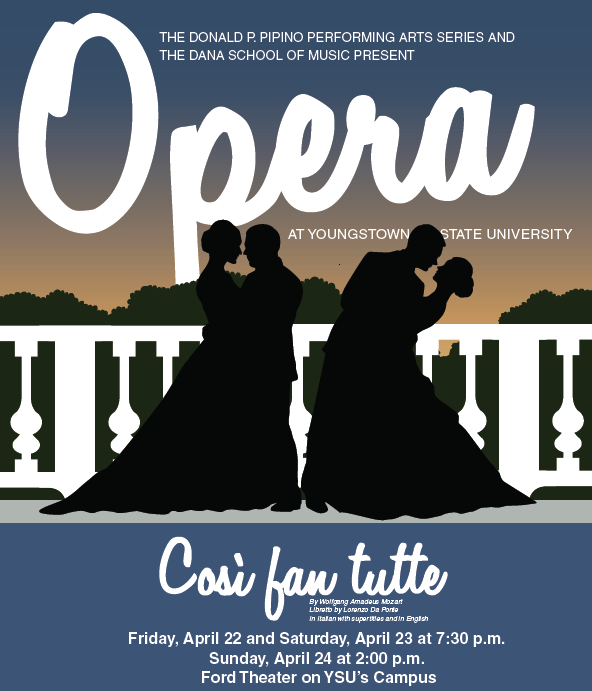 The opera, by Wolfgang Amadeus Mozart, and libretto by Lorenzo Da Ponte, will be sung in Italian with supertitles, and in English.