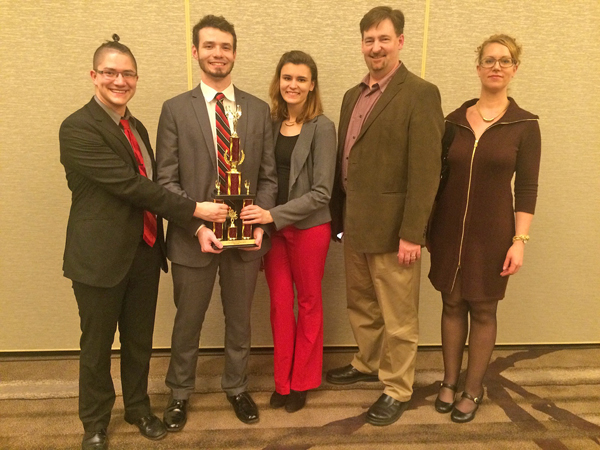 A team of Youngstown State University students placed second nationally in the Intercollegiate Ethics Bowl earlier this month in Virginia.

In all, teams from 36 universities competed, including the University of North Carolina-Chapel Hill, Indiana University, Northwestern University and the U.S. Military and Naval academies.

“After the competition was completed, someone who had seen our team during the day and watched the final round said that their ‘arguments were goosebump worthy,’ said Alan Tomhave, YSU associate professor of Philosophy and the team’s coach. “This is a pretty amazing compliment to our team.”

Tomhave said the entire Department of Philosophy and Religious Studies, as well as faculty in other colleges across campus, assisted with the team.

“We have already started recruiting students to participate next year and hope to maintain YSU as a force in the ethics bowl,” he said.