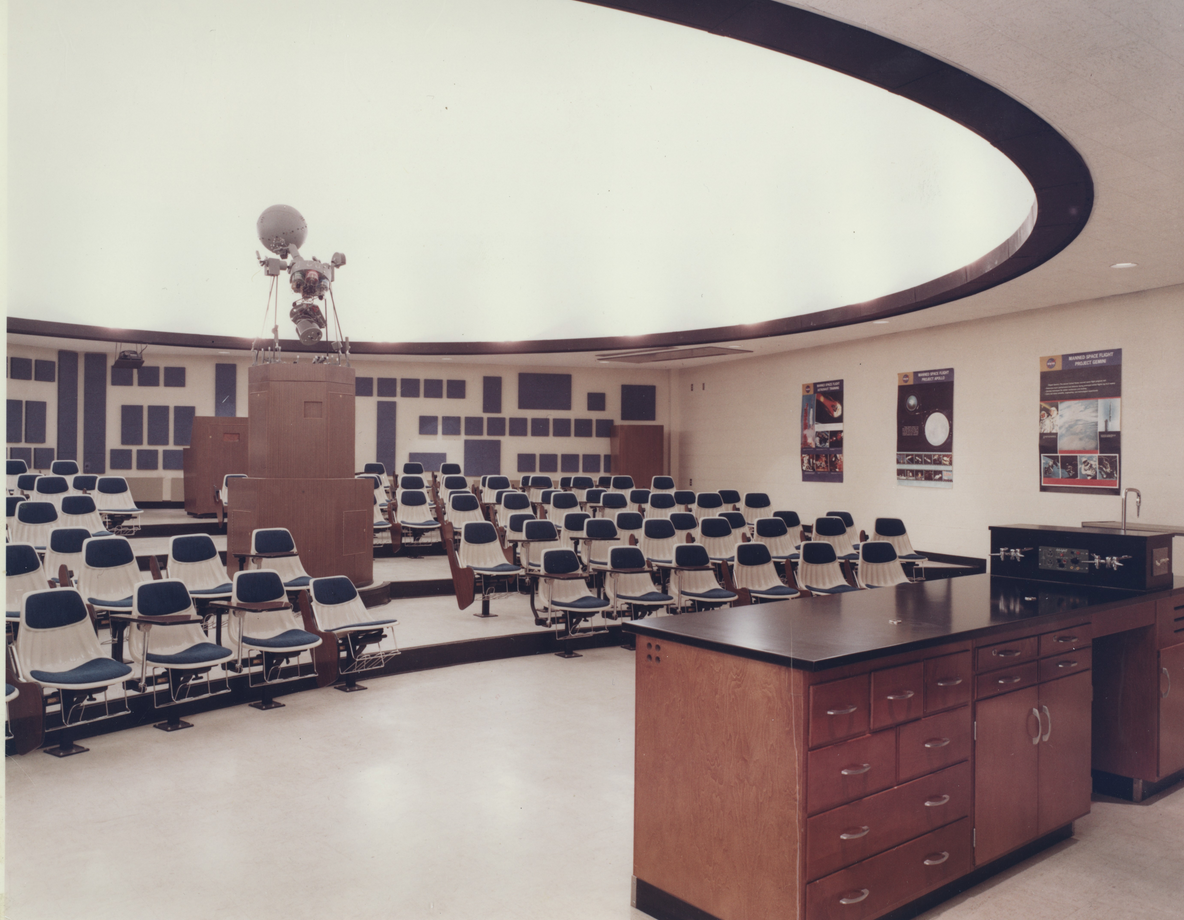 This is a photo of Ward Beecher Planetarium when it opened in 1967. It celebrates its 50th anniversary this year.

The Ward Beecher Planetarium at Youngstown State University celebrates its 50th anniversary this academic year with a variety of shows and activities.

The planetarium opened in March 1967, so many of the celebration events will be during the month of March 2017.

“In March, we are having an alumni weekend where we bring back a lot of people who have worked in the planetarium over the course of the 50 years, including Warren Young, who was the very first planetarium director when the planetarium opened in 1967,” said Tiffany Wolbrecht, planetarium lecturer.

In the coming months, the planetarium will feature audience favorites as well as brand new content. The Mahoning Valley Astronomical Society will be visiting to talk about telescopes, the very popular Laser Weekend and First Night shows are coming this winter, and special guests will be making appearances.

Beginning in February, the planetarium will offer a short lecture series – one lecture each month until May.

“We are bringing in professional astronomers to talk about their areas of research,” Wolbrecht said. “There are areas of astronomy that are hot topics right now that people are really interested in.”

Curt Spivey, planetarium engineer and lecturer, said the planetarium was built to be a free educational resource for everyone.

“We are highlighting the past, celebrating the present, and going to the future,” he said.

For more information and a schedule of events, visit http://www.wbplanetarium.org/.