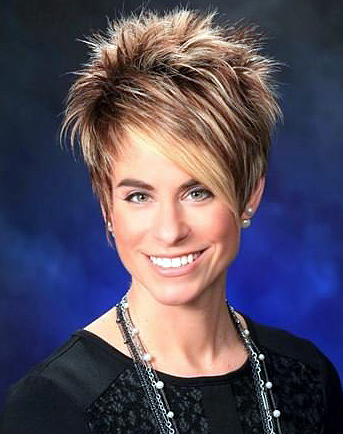 “Given that the number of elementary principals in Ohio number in the thousands, this recognition is a real tribute to Ali and her professional accomplishments as a principal,” said Chuck Vergon, professor and chair of Educational Foundations, Research, Technology and Leadership at YSU.

Nannicola, principal at Champion Central Elementary School in Trumbull County, will accept the award as Ohio’s 2016 National Distinguished Principal at the OAESP Professional Conference June 17 in Columbus. The recognition will continue in October, when Nannicola travels to Washington, D.C., for two days of activities recognizing and honoring top elementary and middle-level educators selected by state associations nationwide.

Nannicola earned two degrees from YSU – a bachelor’s degree in teacher education in 1998 and a graduate degree in Educational Administration in 2004 – and later earned school principal and superintendent licenses. She began her career as a teacher and reading facilitator in the East Palestine School District in Columbiana County, advancing to assistant principal and principal there before joining the Champion schools in 2012.

Julie Davis, OAESA executive director, said Nannicola was nominated and selected by her fellow principals through a statewide search. “Passion is the word used by staff members, colleagues, parents and community members alike in describing Mrs. Nannicola,” Davis said. “She is a warrior seeking change for her students, looking for solutions to make things better.”

Vergon said Nannicola has continued her involvement in the university. She is a member of YSU’s Aspiring School Leaders Advisory Committee, he said, reviewing programs to ensure they incorporate the most recent developments and best practices in the field, and she also regularly serves as a resource for educators pursuing degrees at YSU.