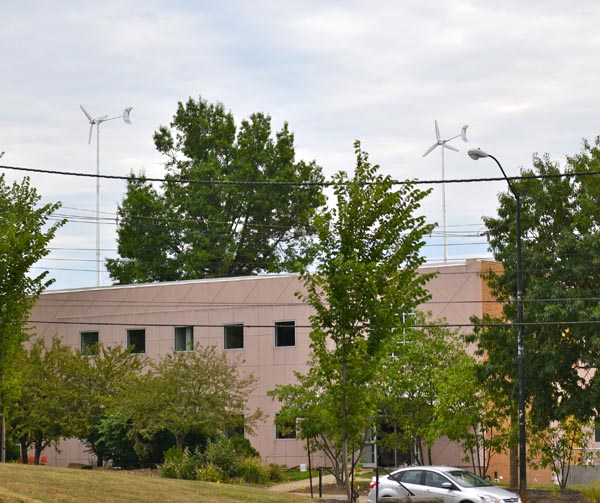 Two wind turbines towering over the northeast corner of campus are part of a federal research grant aimed at developing alternative energy resources.

The turbines were installed over the summer behind Melnick Hall, and a third is slated to go up later this fall.

The turbines, which are part of grants totaling more than $2 million from the U.S. Department of Energy, will be used to research the extraction of wind power in areas of low wind speed, Marie said.

As for the third turbine, Marie said research has already been done in STEM’s wind tunnel lab and with computer simulations showing that putting a shroud around the blades of a turbine can accelerate wind speed through the turbine. “Now we’re going to test that in the field,” she said. The third turbine will be built with a shroud around the blades.

While the turbines are primarily for research, Marie said the idea is that they could eventually produce some power for Melnick Hall.