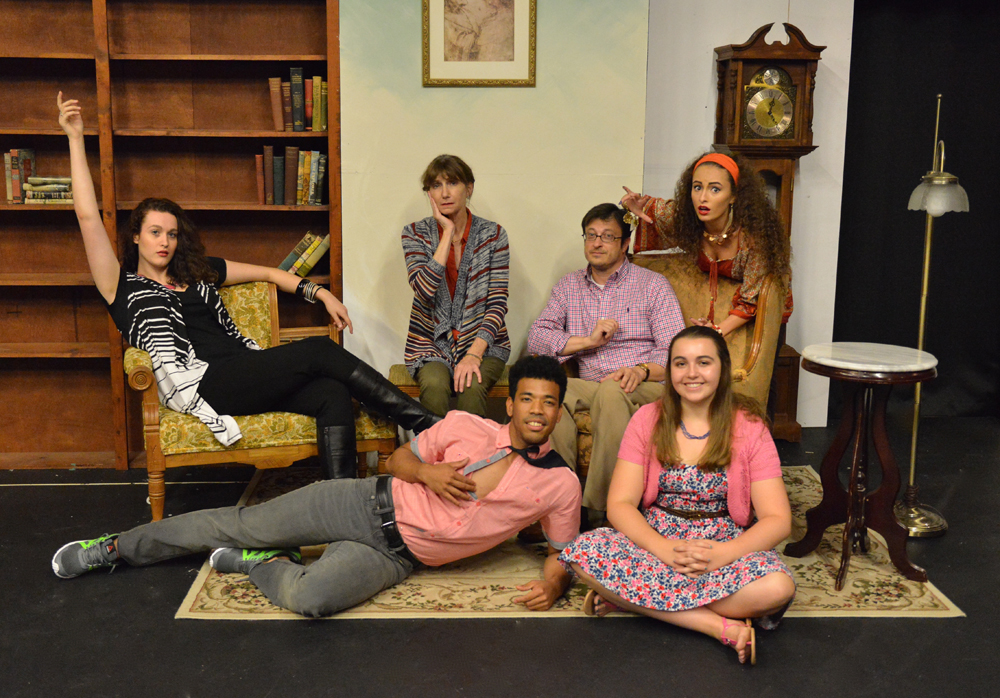 Youngstown State University Theater opens its 2016-17 season this week with the comedy “Vanya and Sonia and Masha and Spike” in Bliss Hall’s Spotlight Theater on campus.

The show runs is scheduled Sept. 30, Oct. 1, 2, 7, 8 and 9. Friday and Saturday performances begin at 7:30 p.m. while Sunday matinee performances are at 2 p.m. Guest director is Lisa Ann Goldsmith.

Goldsmith, a member of Stage Directors and Choreographers Society, Actors’ Equity Association (AEA), and the Screen Actors’ Guild, is a professional actor with many New York and regional credits, most recently as Charlotte Hay in “Moon Over Buffalo” (Saint Vincent Summer Theatre). Goldsmith is accomplished in radio plays and Foley sound effects, having worked as a performer with Bricolage’s Midnight Radio Series since 2008. She earned an MFA in Acting from Point Park Conservatory and has taught at Carnegie Mellon University, Point Park Conservatory, Indiana University of Pennsylvania, University of Pittsburgh, Pittsburgh CLO, and is the Resident Teaching Artist at the Pittsburgh Public Theater.

Season tickets are available in advance of the show and will be available for purchase during the run of the show. Call 330-941-3105 or go to www.ysu.tix.com to purchase show tickets.