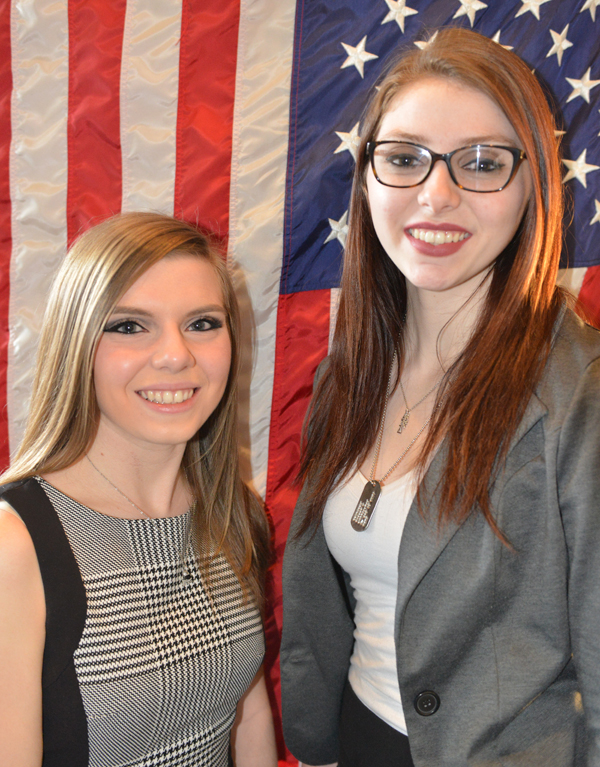 Youngstown State University students Sara Pretoka of Austintown and Kelly Motika of Hubbard know where they’ll be spending at least three days of their summer vacation this year – at the Republican National Convention.

Pretoka, a senior Criminal Justice major, and Motika, a senior Communications major, have been selected as honorary delegates to the convention July 18-21 in Cleveland.

“It’s great,” Motika said. “I didn’t know this opportunity was even available.”

“I’m really excited to see more of what goes on in the political process,” added Pretoka.

Honorary delegates are guaranteed lodging with Ohio’s official delegation and are invited to exclusive delegate-only functions, including daily breakfasts with national GOP officials, a luncheon honoring major donors, and access to a number of other events. Honorary delegates also get priority consideration for passes to convention sessions.

Pretoka, a 2012 graduate of Austintown Fitch High School, is president of Alpha Xi Delta sorority at YSU, is a member of the YSU College Conservatives and works at the candy counter and in the marketing offices in Kilcawley Center on campus.

Motika, a 2012 graduate of Hubbard High School, is the field director at YSU for Turning Point USA, a student movement for free markets and limited government. She also hosted for three years her own show on the student-run Rookery Radio station on campus.