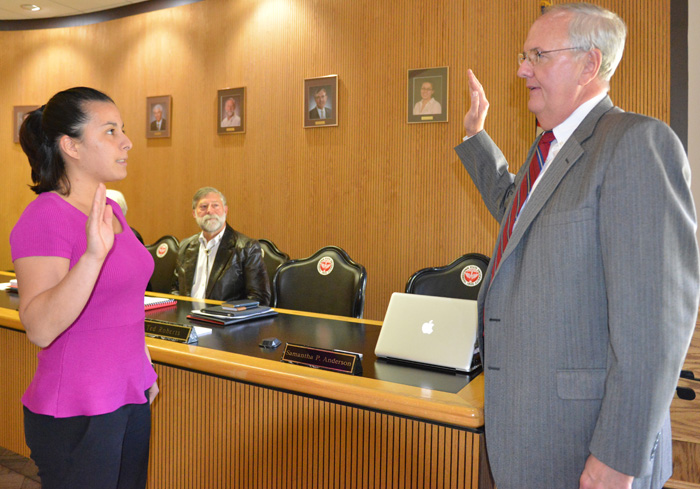 Samantha Anderson takes the oath of office earlier this semester as a student member of the YSU Board of Trustees. Giving the oath is Franklin S. Bennett, Jr., secretary to the board. Looking on is Trustee Dave Deibel. Anderson, appointed to the position by Gov. John Kasich, graduated from Poland Seminary High School in 2013 and is a recipient of the Leslie Cochran University Scholarship. She is pursuing a degree in Finance and Economics, as well as a minor in Foreign Affairs. She started a student organization called Farm to YSU, which supports the local food movement and provides students and faculty a source of fresh, local produce. In addition, Sam is involved in a number of organizations and programs, including Honors Trustees, Student Government Association, and the Emerging Leaders Program. She is the 2015-2016 Vice President of Financial Affairs for Student Government. Sam also works at the Andrews Rec Center during her spare time.