The Youngstown State University Speaker Series on Energy and the Environment continues this semester with a variety of presentations on scientific, engineering, public health and policy issues surrounding various aspects of energy, including shale gas development, energy efficiency and renewable energy.

The lectures, started last fall and organized by Ray Beiersdorfer, YSU professor of Geological and Environmental Sciences, are scheduled for 7 p.m. on Wednesdays starting Jan. 28 and running through April 22. The lectures are in Room B112 of Cushwa Hall on the YSU campus. They are free and open to the public.

Beiersdorfer said the majority of the lectures will be via video conferencing technology, but there also will be two or three live lectures. “The fall series was a major success, with 25 to 55 people attending each lecture,” Beiersdorfer said. “This spring we have a varied collection of speakers. I have geologists, biologists, engineers, policy analysts, medical doctors and citizen scientists lined up to speak.”

“I’m sure many students and faculty will attend the lectures, and I hope members of the community will plan on attending,” he added. “Here’s a chance to hear some great lectures on an important issue of our time, for free and close to home. With a 7 p.m. start time there should be ample free-parking at the on-street metered-parking spaces along Lincoln Avenue and adjacent streets.”

Beiersdorfer said the lecture series is dedicated this semester to the memory of Patti Gorcheff, an area environmental activist who died, due to illness, on Jan. 20. “She was known around the country as Ohio Patti, a strong woman who dedicated herself to protecting the basic human right to breathe clean air and drink clean water,” Beiersdorfer said. “She will be greatly missed.”

Among this semester’s speakers is Ari Bernstein of the Harvard School of Public Health and Lee Lynd of Dartmouth, who will lecture about his research on cellulosic biofuels in Brazil and elsewhere.

Beiersdorfer has already started to recruit speakers for the fall, including Nobel-prize winning scientist Michael Mann, scheduled to speak about his research on climate change on Sept. 9. 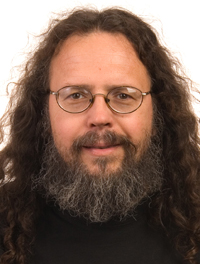 Jan. 28. “The Science of Shale Gas: Fracking Induced Seismic Events in Eastern Ohio,” by Ray Beiersdorfer, professor, Department of Geological and Environmental Sciences, YSU. Beiersdorfer will report on the more than 1,000, human-triggered earthquakes recorded in eastern Ohio as a result of shale gas development.

Feb. 4. Imbibition, the major reason why fracking fluid is most unlikely to mix with groundwater along natural pathways, by Terry Engelder, Department of Geosciences, Pennsylvania State University.

March 18. “The Science of Wind Power: Is it always windy somewhere?,” by Stephen Rose, the Tepper School of Business, Carnegie Mellon University.

March 25. “ALEC and the Oil & Gas Industry v. Source Water Protection & Home Rule in Ohio: How we got to where we are and what we can do about it,” by Julie Weatherington-Rice of Bennett & Williams Environmental Consultants Inc. and adjunct assistant professor in the Department of Food, Agricultural and Biological Engineering at Ohio State University.