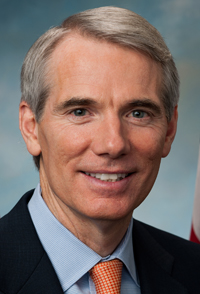 U.S. Sen. Rob Portman of Ohio will receive an honorary degree and speak at Youngstown State University’s Fall Commencement at 2 p.m. on Sunday, Dec. 13, in Beeghly Center on campus.

Katina Darkadakis, who receives a bachelor’s degree in Fashion Merchandising, with a minor in Marketing, is the student speaker at the ceremony.

Portman, elected to the U.S. Senate in 2010, was born and raised in Cincinnati, where he lives today with his wife, Jane, and their three children, Jed, Will and Sally.

Portman comes from a small business family. When he was young, his father, Bill Portman, borrowed money to start Portman Equipment Co., where Rob and his brother and sister worked while growing up. His father, and then his brother, built the family business from a small forklift truck dealership with five employees, with Rob’s mother as the bookkeeper, to one that employed more than 300 people.

Portman later became a lawyer and developed his own private practice, representing Portman Equipment Co. and other small businesses. In 1993, he was a partner in the Cincinnati law firm of Graydon, Head and Ritchey when he was elected to Congress, representing the seven-county Second District in southern Ohio. He served 12 years in Congress, leaving in 2005 to become U.S. Trade Representative, a Cabinet-level position responsible for implementing and enforcing U.S. trade policy. A year later, he was asked to serve in another Cabinet post, director of the Office of Management and Budget.

In the Senate, Portman is a member of the Finance Committee, Committee On Homeland Security and Governmental Affairs, Energy and Natural Resources Committee, and Committee on the Budget. He is also chair of the Permanent Subcommittee on Investigations. 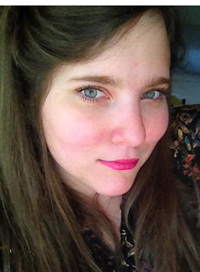 Darkadakis has been active both on and off campus. She has held positions such as treasurer and resident of Students in Fashion and Interiors, which has aided with events such as Professional Attire Clothing.

She also has been employed on campus as a research assistant under the supervision of Taci Turel, associate professor of Fashion Merchandising. In that position, she analyzed sustainable self-heating garments, 3D-printed textiles, and more recently the design parameters of police uniforms to improve the functionality of uniforms without compromising comfort. She presented her research at Quest 2014 and 2015.

Furthermore, her internship at the Campbell Police Department led her to design and develop a prototype uniform. During her years at YSU, she was a recipient of the David A. Jewell Memorial Scholarship and the Judge Sidney Rigelhaupt Pre-Law Scholarship. After graduation, Darkadakis hopes to pursue a master’s degree and continue her research into smart fashion or technological textiles.