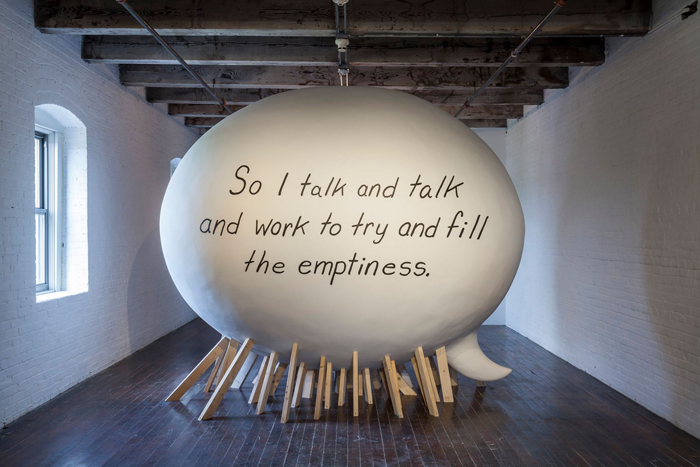 Visual artist John Peña presents a lecture at 5:10 p.m. Tuesday, Feb. 16, 2016 in the McDonough Museum of Art on the campus of Youngstown State University.

The presentation is sponsored by the YSU Department of Art Visiting Lecture Series. The lecture is free and open to the public.

Peña is a visual artist, illustrator and educator who creates art as a way of exploring the natural world and his daily interactions. Originally from Washington State, he now resides in Pittsburgh.

A few of Peña’s projects include: racing with clouds, sending a letter to the Pacific Ocean every day for the last ten years and creating a pirate radio station that played extinct birds sounds. He has attended a number of residencies including Skowhegan, Bemis & The Fine Arts Work Center. He was also the recipient of the 2012 Carol R. Brown Creative Achievement Award as An Emerging Artist and recently created an artwork for the Mattress Factory Museum in Pittsburgh.

Parking is available in the Wick Avenue deck for a nominal fee. For more information, call 330-941-2307.