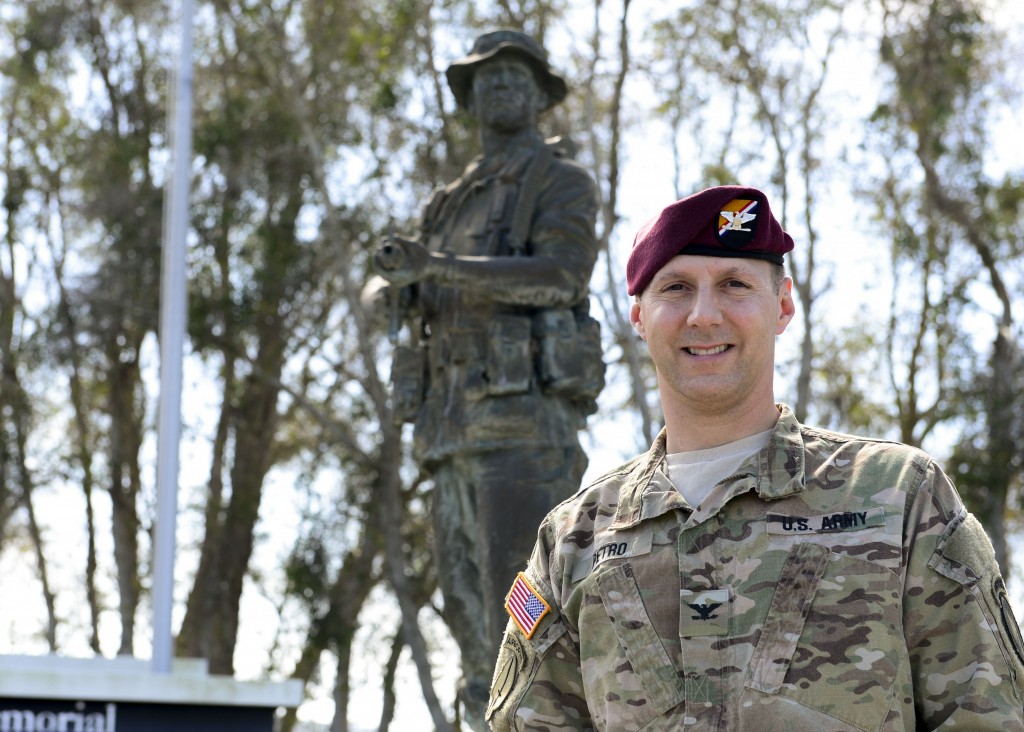 Uncle Sam put his first call in to a young Kevin Petro in the 1970s, in a small corner of Ohio’s Trumbull County.

A Hubbard native, Petro was a frequent visitor of the nearby air base in Vienna Township. He would take trips with his family up State Route 193 to watch spectacular air shows, glimpse historic military aircraft and tour the ground displays. But among the sights, a few paper pamphlets earned his fullest attention.

“I would pore over the brochures and literature from the recruiters there,” Petro remembers. “Growing up, it was the only thing I wanted to do – be in the military.”

Those pamphlets would shape his ambitions, but years later it would be Petro influencing audiences across the globe, from Latin America to the Middle East, as a colonel in the Army’s Psychological Operations branch and chief of Military Information Support Operations at U.S. Special Operations Command (USSOCOM) headquarters.

Petro’s official start with the military came right after high school. Joining the Army in 1986, Petro advanced from private to sergeant in three years, with his sights always higher.

“It was my goal to be an officer, and I knew a degree could open that door for me,” he said. Returning home, he traded his dog tags for textbooks on an ROTC scholarship at YSU. He graduated four years later, earning his bachelor’s in Combined Science and his commission as a second lieutenant.

From there, Petro advanced through a career in military logistics that took him from armed intervention and humanitarian relief efforts in Haiti, to peacekeeping operations in the Sinai. A traveler at heart, he loved the adventure and soon climbed the ranks to major, transferring to a position that would see numerous deployments throughout Latin America and Afghanistan.

“It’s about using truthful information to influence foreign audiences – governments, organizations, individuals – to think and act in a way that’s beneficial to U.S. interests,” explains Petro, now colonel and current branch chief at USSOCOM headquarters, MacDill Air Force Base in Tampa. “We use theories and techniques from disciplines such as communications, advertising, marketing, psychology, sociology and other social sciences. My job is to synchronize global employment of our unique influence forces.” His responsibilities will be expanding this spring, as he takes command of a task force in the Persian Gulf nation of Qatar for a yearlong tour of duty. It’s a leadership role that will bring him to the top of his profession, but the colonel takes it all in stride.

“It’s funny sometimes,” Petro describes a night at home, sitting at the dinner table, the news on in the background, “I’ll see an update flash on the screen about something happening overseas and think, ‘Well, looks like I’ll be dealing with that in the office tomorrow.’”

Responsibility on a global scale has always been an honor to Petro, and he couldn’t see himself doing anything else. “It’s never easy. Not necessarily fun – but always rewarding.”

After his career in service, Petro sees a future in counseling veterans, an audience he’s familiar with from his earlier days as a student employee in YSU’s Veterans Affairs office. “When I think of my college years, I remember the professional and military education I received, but also the camaraderie of the ROTC program and how instrumental the instructors and staff were in our lives,” he said. “My experience at YSU set me up for success in the Army.”

In addition to his undergraduate degree from YSU, Petro holds an MS in Counseling from Long Island University and a Master of Strategic Studies from the U.S. Army War College in Carlisle, Pa. He and his wife, Wendolin, live in Tampa; he has a son, Tim, and a stepdaughter, Linda.