Morris I. Friedman, founder of United Steel Service, Inc. in Brookfield, Ohio, and his wife, Phyllis, have donated $2.5 million to establish The Morris and Phyllis Friedman Chair in Engineering at Youngstown State University.

“We want to thank Mr. and Mrs. Friedman for their generous gift that will help further strengthen and enhance the reputation of our nationally-recognized engineering programs,” YSU President Jim Tressel said. 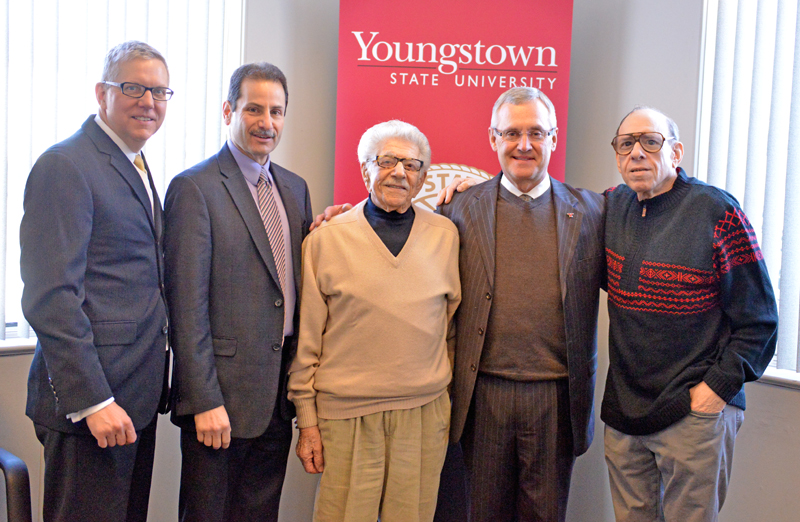 Friedman, 95, said it’s a pleasure to make the gift. “I’ve lived here almost all of my life,” he said. “My business has been successful, and I feel I want to give back to the community that has given so much to me.”

Born in 1919 in Vapenik, Czechoslovakia, Friedman fled the impending Nazi occupation and came to the United States when he was 15 years old. His parents and two younger brothers would later die in Nazi concentration camps. In the United States, Friedman lived with relatives in the Bronx, worked in his uncle’s neighborhood grocery store and went to night school to learn English and to study to earn his American citizenship. He moved to Cleveland a year later, where he worked at a steel warehouse and fabricator owned by his uncles. After serving in a tank division in World War II, Friedman married Phyllis and returned to the steel business. He became president of Allied Metals in Niles, Ohio, and then, in 1968, founded United Steel Service, also known as Uniserv, in Brookfield. The company, with more than 100 employees, is one of the nation’s largest steel-slitting plants.

Friedman recently published his life story in a new hardback book titled, Morrie: Only in America. He has donated several copies to Maag Library at YSU. Friedman remains chairman of United Steel Service. His son, Steven, is chief executive officer.

YSU will present the Friend of the University award to the Friedmans at a dinner this spring. The award recognizes outstanding leadership and contributions to YSU and the community. Among the previous recipients are Warren P. Williamson III, Eleanor Beecher Flad, Helen Stambaugh, Nathaniel Jones, the Beeghly Family and John and Denise DeBartolo York.