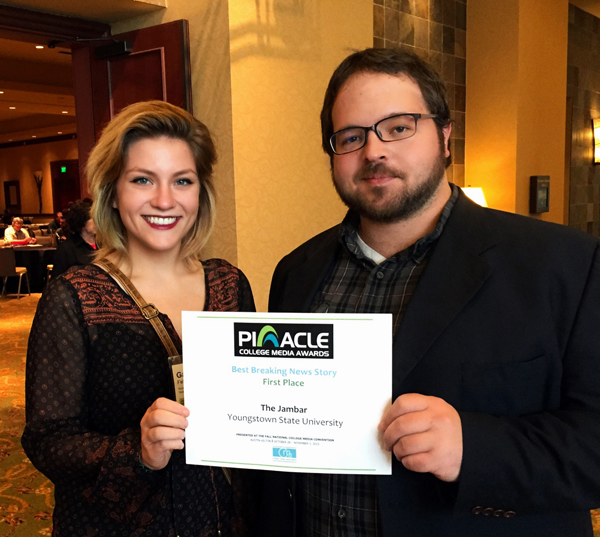 The newspaper won the award for a story on campus union negotiations reported and written by Liam Bouquet of Liberty, Ohio, who graduated this past spring, and Graig Graziosi, a YSU senior from Boardman, Ohio. There were more than 100 entries in the breaking news category.

Jambar editors Gabby Fellows, a YSU junior from New Springfield, Ohio, and Graziosi accepted the award at the conference in Austin. 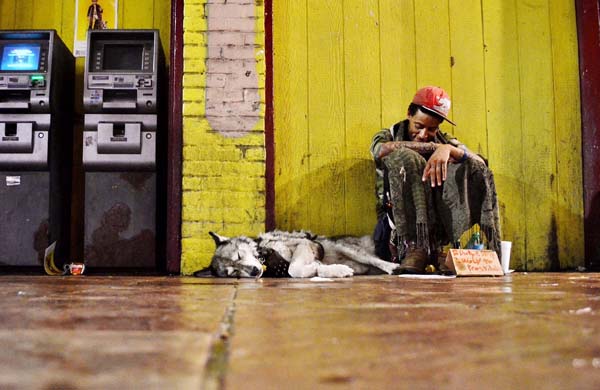 This photo taken by YSU junior Scott Williams, placed second in the “shoot out” photography competition at the National College Media Convention in Austin, Texas.

In addition, YSU junior Scott Williams of Austintown won second place in a photo “shoot out” at the conference. In the competition, more than 40 student photographers roamed Austin for two days taking photos of life in Texas. The participants then critiqued each others’ work and selected their favorite two images. Scott’s picture was voted second best. His work will be displayed on the CMA website.