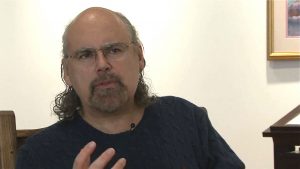 Davi´d Carrasco, the Neil L. Rudenstine Professor of the Study of Latin America at the Harvard Divinity School, presents “Mexico’s Sacred Migrant: The Virgin of Guadalupe as Image and Immigrant” 12:30 p.m. Thursday, Nov. 3 in the Chestnut Room of Kilcawley Center on the campus of Youngstown State University.

The lecture, which is free and open to the public, is part of the Dr. Thomas and Albert Shipka Speaker Series and is presented by the YSU Department of Philosophy and Religious Studies.

Carrasco is a Mexican American historian of religions with particular interest in Mesoamerican cities as symbols, and the Mexican-American borderlands. His studies with historians of religions at the University of Chicago inspired him to work on the question, “where is your sacred place,” on the challenges of postcolonial ethnography and theory, and on the practices and symbolic nature of ritual violence in comparative perspective. Working with Mexican archaeologists, he has carried out research in the excavations and archives associated with the sites of Teotihuacan and Mexico-Tenochtitlan resulting in Religions of Mesoamerica, City of Sacrifice, and Quetzalcoatl and the Irony of Empire. An award-winning teacher, he has participated in spirited debates at Harvard with Cornel West and Samuel Huntington on the topics of race, culture, and religion in the Americas.