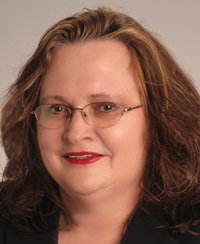 Patricia Sciaretta, who is employed as director of social services for the Rescue Mission of Mahoning Valley in Youngstown, was named Social Worker of the Year for Region IV. A licensed social worker, she holds a bachelor’s degree in Social Work from YSU and a master’s from Case Western Reserve University.

Markus T. Douglas, a social worker at the Cleveland VA Medical Center in Youngstown, was honored with the Emerging Leadership Award for Region IV, an award given to a social worker who has been in practice for five years or less. Douglas earned undergraduate and graduate degrees in Social Work from YSU.

Kim Anderson, a senior Social Work major who plans to complete a bachelor’s degree in December, was presented the BSW Social Worker of the Year Award for the region. She is serving a social work internship this summer at Summit County Children Services and has served several roles at Trumbull County Children Services, including foster home care provider and peer mentor for foster parents.

“It’s unusual to see three social workers affiliated with YSU honored with Region IV Awards,” Keller commented. “I think it reflects the high caliber of YSU’s graduates, and their commitment to leadership, community service and professionalism.”