Etruscan Press, a partnership between Youngstown State University and Wilkes University in Pennsylvania, has been named one of five finalists for the 2015 Small Press Publisher Award by the Association of Writers and Writing Programs.

The AWP award, which will be presented April 8, recognizes a press or literary journal that has made a significant contribution to contemporary literature. Etruscan was nominated for consistently demonstrating excellence in production and design, providing a steadfast commitment to nurturing authors, and actively engaging in the community. The other four finalist presses are Bellevue, Coffee House, Graywolf, and Salmon. 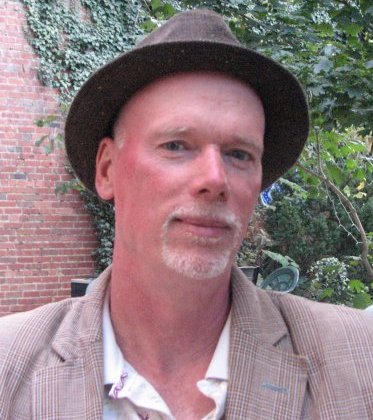 Founded by Brady, Robert Mooney and Stephen Oristaglio, Etruscan is housed at Wilkes University and continues its long partnership with YSU. Since 2001, Etruscan has published nearly 60 books. Forty-five authors, from Cuba, Greece, Switzerland, the District of Columbia, and 15 states across the country, have published with Etruscan Press.

Since 2007, Etruscan has partnered with the YSU Poetry Center to host outreach programs in local schools and community centers in the Mahoning Valley. In fall 2014, Diane Raptosh, whose “American Amnesiac” was one of 10 National Book Award Longlist nominees, joined Brady in Youngstown, for a weeklong series of events. Together they delivered writing workshops and donated Etruscan books to more than 500 high school students and community members. “Such events are sure to foster a love of writing among young people,” Raptosh said.

“Etruscan Press stands with an open heart behind its books,” says Renee D’Aoust, author of “Body of a Dancer,” a finalist for the 2011 Foreword Reviews’ Award. “I know that the team behind the publisher makes the difference in an author’s experience. I wish every first-time author could have the positive experiences I have had with Etruscan Press.”

L. Hix, 2006 National Book Award finalist who has published with numerous publishers, said, “None of the other presses can rival Etruscan’s support and advocacy. Etruscan is a model of what a small press can be and do for its audience, and for its writers.”

Remica Bingham-Risher, nominated for the 2014 Hurston/Wright Legacy Award for her poetry collection “What We Ask of Flesh,” became acquainted with Etruscan in 2009 when she submitted her manuscript. “Etruscan constantly finds innovative ways, small and large, to encourage its authors and stand behind the work it has helped to usher into the world.”

Three works from Etruscan’s collection of poetry were named finalists for the National Book Award and another was named to the Longlist (the NBA’s “Top Ten” in poetry). Other titles are recipients of the Poetry Society of America’s “First Book Award,” Foreword Reviews’ “Indie Fab Book of the Year Award,” and PEN Oakland’s “Josephine Miles Award.” Three poems published by Etruscan were selected for Best American Poetry. Most recently, titles published by Etruscan Press were awarded the Theodore Roethke Memorial Poetry Prize, nominated for the Hurston/Wright Legacy Award in Poetry, and named a finalist for the Housatonic Book Award.

In addition to support from Wilkes and YSU, Etruscan is proud to have received grants and awards from the National Endowment for the Arts, The Oristaglio Foundation, the Andrews Foundation, the Rayen Foundation, the Drs. Brothers & Murphy Endowment, and the Ohio Arts Council.