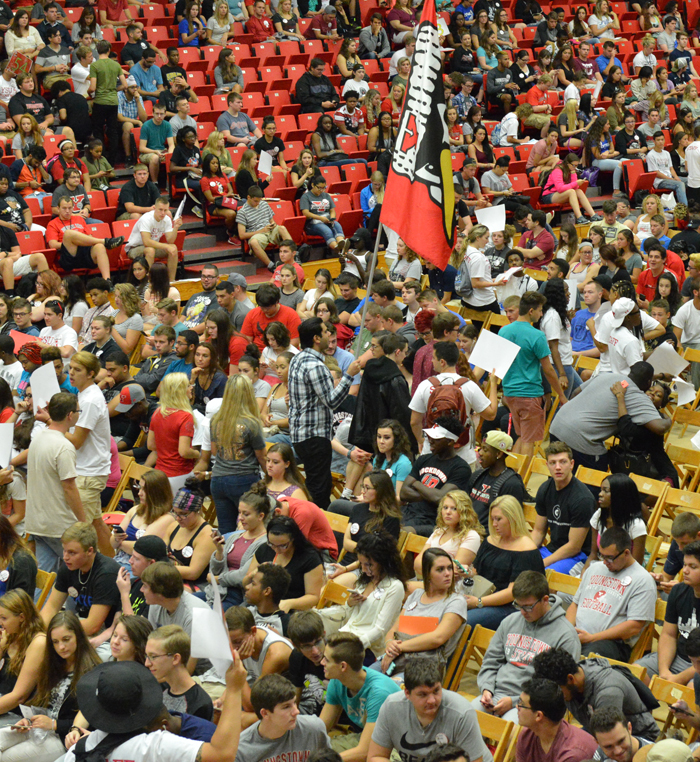 Freshmen file into Beeghly Center for Ignite day earlier this week. This year’s freshman class is the strongest academic class in the university’s history.

Youngstown State University opened a new academic year today with increased enrollment, residence halls at capacity and a freshman class that is the strongest academically in the university’s history.

It is YSU’s first Fall-to-Fall enrollment increase since 2010.

“Reversing the trend on enrollment is a major step forward as we continue to focus on increasing excellence across campus,” YSU President Jim Tressel said. “While growing enrollment will remain a priority, we also are working hard to ensure that, once here at YSU, students have the resources to find success, graduate on time, with as little debt as possible and with a job.”

“Enrollment success is dependent on the work of the entire campus community,” said Gary Swegan, associate vice president of Enrollment Management. “YSU faculty, staff and current students have worked extremely hard to put us in a position to share this very positive news for Fall 2016.”