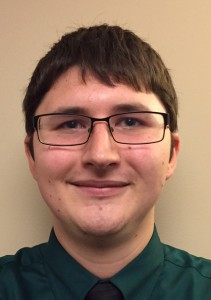 Todd Rossi of Petersburg, Ohio, a junior Education major at Youngstown State University, has written a scholarly article that has been accepted for publication in the International Journal of the Humanities.

The article, titled “An Analysis of the Evolution of the American City and Orchestral Music Due to Technology,” was developed as part of his class on the History of American Cities taught by Fred Viehe, professor of History.

Once he graduates from YSU, Todd Rossi wants to go on to graduate school, where he hopes to focus his studies on the subculture of the American nerd. Why, you ask? Well, you see, Rossi’s a self-professed nerd himself. “They’re my people,” he jokes.