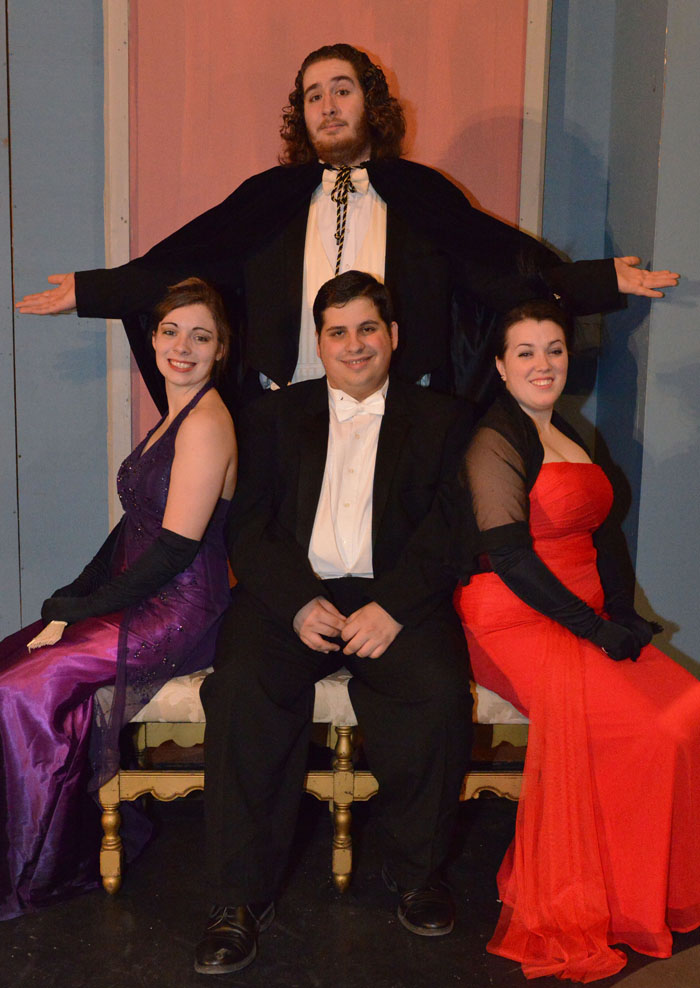 Friday and Saturday performances are at 7:30 p.m. The Sunday matinee performance is 2 p.m.

Reserve tickets by calling the University Theater Box Office at 330-941-3105. Tickets are $15 for adults; $10 for senior citizens and high school and college students from other universities; $7.50 for YSU faculty and staff; $5 for YSU students with ID and University Theater season ticket holders. Parking is available in the Wick Avenue deck for a nominal fee.

A special event celebrating the opera, including refreshments and a director’s pre-show conversation, will be 12:30 p.m. Sunday, March 22, in Bliss Hall. Tickets are $20 and include refreshments, the pre-show talk and the matinee. Reservations and payment must be made in advance by calling the University Theater Box Office at 330-941-3105.

Die Fledermaus, or translated, The Bat, was first performed at the Theater an der Wien, in Vienna, on April 5, 1874. “Die Fledermaus is a delightful comedy of seduction, deception and retribution in Viennese high society, set to the sparkling waltzes of Johann Strauss, Jr.,” Stage Director David Vosburgh said.