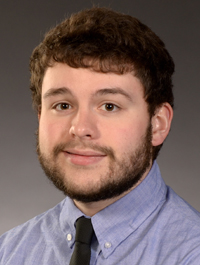 Winners of the Dana Young Artist Competition are featured in a concert by the Dana Symphony Orchestra 7:30 p.m. Monday, March 2 in Stambaugh Auditorium, Youngstown.

In November 2014, Youngstown State University’s Dana School of Music students competed for a solo performance spot at this concert. Seventeen students auditioned, and three winners were selected. They are:

Graduate student Joshua Wertz will perform Pierre Max Dubois’ “Concerto for Alto Saxophone and String Orchestra.” Wertz grew up in Altoona, Pa., and earned a bachelor of Music in Saxophone Performance at Indiana University of Pennsylvania in May 2014. Wertz studies with 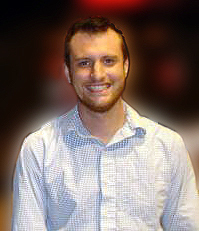 Benjamin Dague recently completed the master of Music in Guitar Performance at YSU after completing the bachelor of Music in Guitar Performance in May 2012 at YSU. Dague will play movement two, Adagio, from Joaquin Rodrigo’s “Concierto de Aranjuez.” Dague currently lives in Pittsburgh. As a Dana student, he studied classical guitar with Francois Fowler, Dana associate professor of Guitar.

Wilson Poffenberger from Hagerstown, Md., is in his final semester as a graduate assistant in jazz and 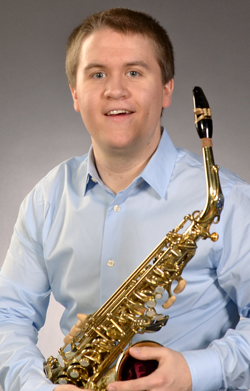 saxophone, and he is a candidate for the master of Music in Saxophone Performance degree at YSU. Poffenberger will perform “Legende for Alto Saxophone and Orchestra.” During his time at Dana, he has earned a number of honors and awards, and he has been a finalist in several regional and national solo and chamber music competitions. He earned the bachelor of Music in Music Education at Indiana University of Pennsylvania. He also studied Umble and Engelhardt.

Tickets are available at the Stambaugh Auditorium box office and at the door. Tickets are $5 for adults, $4 for senior citizens and students, and free for students and faculty with a YSU ID. Call 330-941-2307.