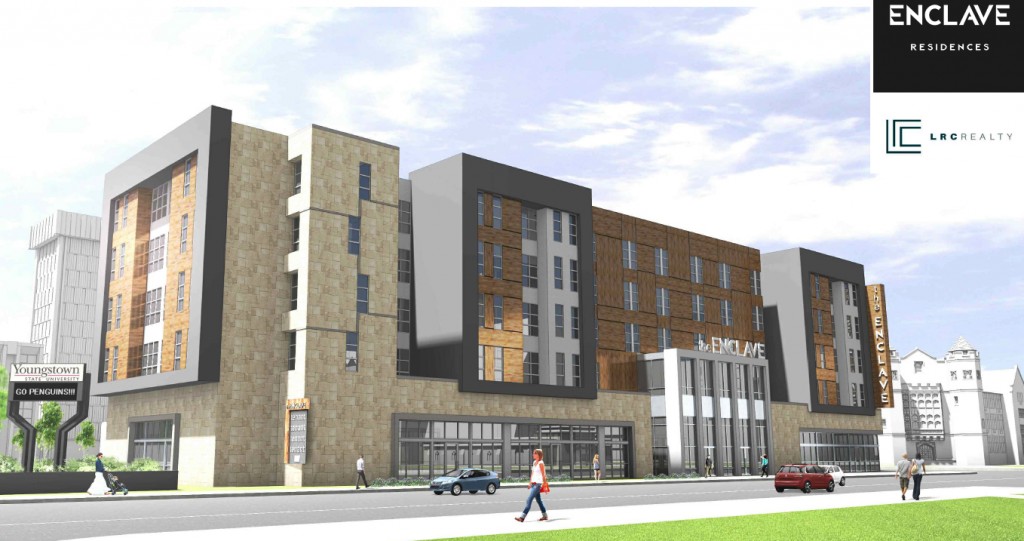 Preliminary drawing of the new apartments, looking northwest up Wick Avenue. The exact location of the building along the street has not been determined.

A second public-private student housing development is in the works for campus.

The YSU Board of Trustees has authorized leasing land for the development of a retail/student apartment complex on Wick Avenue, between Lincoln and Rayen avenues. The lease still requires the approval of the state.

The complex, which will include retail stores and 163 student housing beds, will be built by LRC Realty of Akron. Plans call for opening the starting fall semester 2017.

“Over the course of the next several years, we anticipate increased demand for apartment-style student housing as YSU continues to evolve and grow,” President Jim Tressel said.

It is the second public-private campus development approved by YSU In the past several months. In October, ground was broken for a 162-bed student apartment building along Rayen avenue between Fifth and Belmont avenues. That project, led by Hallmark Campus Communities of Columbus, is expected to be open for the start of Fall semester 2016.