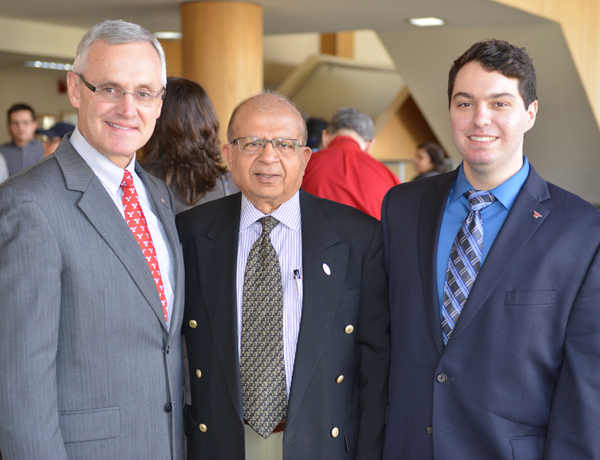 After a decade as a member of the YSU Board of Trustees, Sudershan K. Garg’s term is expiring. Trustees held a reception for Garg and Eric Shehadi, a student trustee whose two-year term also is expiring, after the board’s regular quarterly meeting earlier this month in Tod Hall. Garg, center, and Shehadi are pictured with President Jim Tressel. Garg was the board’s vice chair from 2009 to 2011 and served as chair from 2011 to 2014. Over 10 years, he attended more than 475 board meetings.

Newer PostDo as the doggies do: Ahhhhhh……
Older PostLecture presser