The Youngstown State University College of Science, Technology, Engineering and Mathematics honored alumni and others at the annual awards dinner earlier this month on campus. 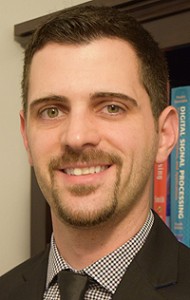 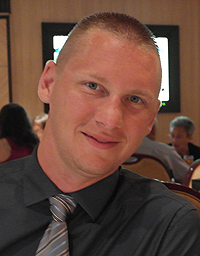 Jared Bilas, Outstanding Young Alumnus
Jared Bilas is a design engineer at MAC Trailer in Alliance. Bilas is a 2004 graduate of Southeast High School in Portage County and a 2010 magna cum laude graduate of YSU’s Mechanical Engineering Technology program. While attending YSU, he worked as an engineering intern at Hendrickson’s R&D and Quality Engineering facilities in Canton and as a contracted intern for the U.S. Army ARDEC at Picatinny Arsenal, N.J. After graduation, he moved to New Hampshire to work as a Manufacturing Engineer for Ruger and also did work as an R&D and Test Engineer at Combined Systems in Pennsylvania. 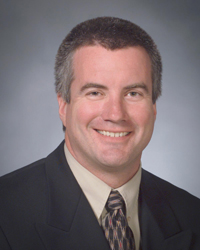 John Hamley, Outstanding Alumnus
John Hamley, a 1985 graduate of the William Rayen School of Engineering at YSU, is the manager of the Radioisotope Power Systems Program for NASA. The RPS Program Office works with the Department of Energy to ensure the availability of RPS for NASA’s planetary science missions, such as the Voyager, Cassini, and New Horizons spacecraft and the Mars Curiosity Rover. Hamley also received master’s degrees in electrical engineering and business administration from Cleveland State University in 1990 and 2003. He is a member of the YSU Electrical Engineering Department’s Industrial Advisory Board. 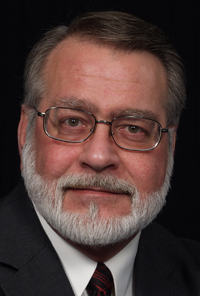 Andrew M. Hirt, Materials Research Laboratories Inc., Outstanding Community Partner
Andrew M. (Drew) Hirt is the president of and senior scientist for Materials Research Laboratories Inc., specializing in experimental design, materials science research and development, failure analysis, and a number of other scientific endeavors. Hirt holds a bachelor’s degree in Physics from the Case Institute of Technology and did graduate work at Rutgers University. Hirt is married to his business partner, Carol Jean Hirt, who specializes in electron microscopy. MRL is involved with the internship programs at YSU and serves as a senior project mentor site for the Westminster College Chemistry Department. Hirt is also currently an adjunct professor with the YSU Chemistry department, and MRL has partnered with the STEM program on several of its recent instrument grant awards.

OH WOW! The Roger & Gloria Jones Children’s Center for Science & Technology, Outstanding Education Partner
The Roger & Gloria Jones Children’s Center for Science & Technology is the OH Wow Museum in downtown Youngstown. Its mission is to foster independent thinking and enrich the lives of all children by creating a welcoming environment where they can develop learning skills and knowledge through the exploration of hands-on exhibits and educational programs which are rooted in Science, Technology, Engineering and Mathematics. The close collaboration between OH Wow and the YSU College of STEM helps foster a link between college students and area youth to encourage future interest in STEM education. 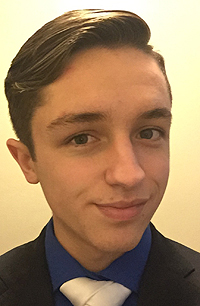 Kyle Spickler, Intern of the Year
Kyle Spickler is a YSU senior majoring in Electrical Engineering and minoring in Mathematics. This past summer, Spickler interned at the Goodyear Tire and Rubber Co. in Akron. As part of his internship, he programmed Programmable Logic Controllers and Human-Machine Interfaces for different projects. 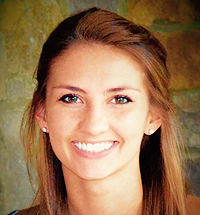 Hailey Sullivan, Co-Op Student of the Year
Hailey Sullivan is in her third year of pursuing a degree in Chemical Engineering. She is actively involved in numerous STEM organizations on campus, including the Society of Women Engineers, American Institute of Chemical Engineers, and the Tau Beta Pi Engineering Honor Society. Hailey is also a member of the Chem-E-Car team that beat out prestigious schools such as Carnegie Mellon and Johns Hopkins at the national competition. From January through August of 2015, she worked as a proposal engineer co-op in the Process Automation division at ABB Inc. in Wickliffe, Ohio. Hailey will return to the company this summer to work as a systems engineer.

Goodyear, Intern Employer of the Year
Goodyear, headquartered in Akron, is one of the world’s largest tire companies. For more than a century, Goodyear has led the industry in manufacturing innovative tires that deliver the highest level of performance for everything from passenger cars and trucks to airplanes, heavy-duty mining equipment, and racecars. As a Fortune 500 company, Goodyear employs approximately 67,000 people and manufacture products in 50 facilities in 22 countries around the world.

ABB Inc., Co-Op Employer of the Year
ABB is a leader in power and automation technologies that enable utility, industry and transport and infrastructure customers to improve performance while lowering environmental impact. The ABB Group of companies operates in roughly 100 countries and employs about 140,000 people. ABB’s partnership with YSU has been contributory in building a pipeline of future hires through the diverse, hardworking, and academically talented students of the STEM College.