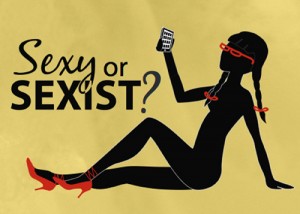 “Sexy or Sexist?” is the theme for Women’s History Month in March on the campus of Youngstown State University.

The month-long series of events is sponsored by YSU’s Women’s and Gender Studies, an interdisciplinary academic field that focuses on issues related to gender in a variety of areas such as politics, history, society, literature and media. YSU offers a minor in Women’s and Gender Studies. For more information, contact Diana Palardy at wstudies@ysu.edu or 330-941-2320.

All events are at YSU and are free and open to the public:

Wednesday, March 4, 5 to 7 p.m., Beeghly Hall, McKay Auditorium, “LGBTQIA: Through the Eyes of Different Religions.” The panel and discussion is co-sponsored with YSUnity and Center for Judaic and Holocaust Studies Individuals with in-depth knowledge about some of the world’s most populated religions will explore how Lesbian, Gay, Bisexual, Transgender, Questioning, Intersex, Ally issues are viewed in the context of different religions. Light refreshments will be served.

Thursday, March 5, 6:30 to 8:30 p.m., Jones Room, Beeghly Center. The film “Sister, I’m Sorry” will be screened, followed by a discussion, co-sponsored with Office of Diversity and Multicultural Affairs. The film, starring Blair Underwood and Rev. Donald Bell, depicts men apologizing to women for physical, psychological, sexual and emotional abuses that other men have inflicted on them. The focus is on the power of apologies and forgiveness in helping women recover from trauma and suffering. Selected clips from the film will be shown, followed by talks by Lynn Bilal from the Rape Crisis and Counseling Center and Malinda Gavins from Sojourner House Domestic Violence Services, and a discussion facilitated by Johanna Slivinske, who works for PsyCare and YSU’s Department of Social Work. Light refreshments will be served. 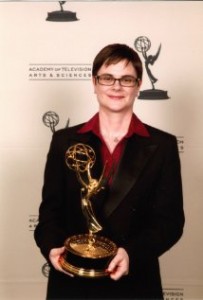 Thursday, March 19, Beeghly Center, McKay Auditorium. “Throwing Stones at the Glass Ceiling,” an evening with Jen Ralston, Emmy-winning sound editor and underground filmmaker. 11 a.m., lecture. 7 p.m., lecture and screening of the winners of the Women’s and Gender Studies Video Contest. Co-sponsored with YSUnity, Student Diversity and the Department of English Ralston, has worked on such notable feature films as Crouching Tiger Hidden Dragon, Primary Colors, Bringing Out the Dead, Boys Don’t Cry, The Big Lebowski, Sense and Sensibility and TV series: The Wire, Pretty Little Liars, Treme, and Generation Kill. Ralstone has just finished production on the first season of an original web series she wrote, directed, helped shoot, and picture edited, called Gates and Strays, which was created to more accurately reflect the full range of diversity in society. Light refreshments will be served.

Friday, March 20, 11 a.m. to noon, Ohio Room, Kilcawley Center. “Transparently, Big Bang is a Scandal: Gender, Race and Ethnicity on the Small Screen.” Three scholars will discuss contemporary representations of gender, race and ethnicity on several hit TV shows: The Big Bang Theory, Scandal, How to Get Away with Murder, and Transparent.

Wednesday, March 25, noon to 1 p.m., Ohio Room, Kilcawley Center. “Let’s Talk about (How Not to Have) Sex: Lessons from High School Health Class.” Many people’s experience with sex education in high school health class can be summed up in one word: Abstinence. This talk will address the ways that abstinence-only education may end up promoting negative attitudes about sex among teens and problems for their sex lives as adults. 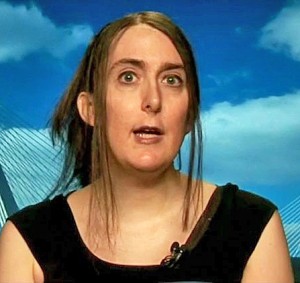 Thursday, March 26, 7 to 8 p.m., and Friday, March 27, 11 a.m. to noon, Beeghly Hall, McKay Auditorium. “Sexism in the Tech Industry,” a lecture by Brianna Wu, head of the video game development studio Giant Spacekat. Wu leads one of the largest professional game-development teams of women in the field. For opinions she has expressed about misogyny in the gaming industry and being a vocal critic of Gamergate, she has received over 43 threats in the past five months, including death and rape threats. She has been interviewed on CNN, MSNBC, and the episode called “Intimidation Game” on Law & Order: Special Victims Unit is based on an amalgamation of her experiences and those of others like her in the gaming industry. Light refreshments will be served. 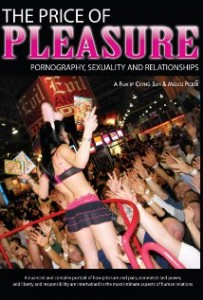 Tuesday, March 31, 11 a.m. to 12:15 p.m., Gallery, Kilcawley Center. Screening of the film “Price of Pleasure,” followed by discussion. Once relegated to the margins of society, pornography has emerged as one of the most visible and profitable sectors of the cultural industries, and its content has become increasingly more extreme and harsh, as well as more overtly sexist and racist. The Price of Pleasure moves beyond the typical liberal versus conservative debates to paint a myth-busting and nuanced portrait of how pleasure and pain, commerce and power, liberty and responsibility have become intertwined in the most intimate area of our lives.

In addition, the following Women’s Health Week events will be in the Andrews Student Recreation and Wellness Center:

For more information about Women’s Health Week, contact Anna Pompeo at 330-941-2241 or avpompeo@student.ysu.edu.