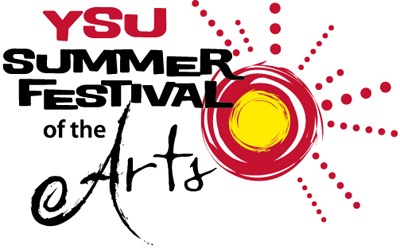 * YSU Summer Festival of the Arts, Saturday and Sunday, July 9 and 10, at and around Youngstown State University

On Friday, July 8, The Clarks will perform on stage near the Central Square in Downtown Youngstown. Doors will open at 7:00; Tickets are $10 and available at the gate. 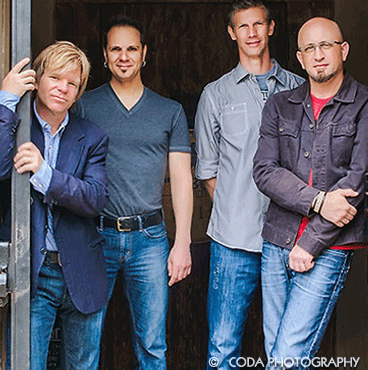 The Clarks became a rock-n-roll band in the fall of 1986 at Indiana University of Pennsylvania. They played their favorite songs by their musical heroes covering the Rave-Ups, the Plimsouls, Hoodoo Gurus, and created a template for their own music. Thirty years later they are revisiting the music that inspired them in the first place with an album called Rewind, a collection of classics by R.E.M., the Replacements, and the Rolling Stones. Members of the group are: Robert James, Electric & Acoustic Guitars, Vocals; David Minarik, Jr., Drums, Vocals; Scott Blasey, Lead Vocals, Electric & Acoustic Guitars; and Greg Joseph, Bass Guitar, Vocals

The 18th annual YSU Summer Festival of the Arts will be held July 9 and 10 at and around Youngstown State University. Saturday’s hours are 10:00 a.m. – 6:00 p.m. and Sunday’s hours are 11:00 a.m. – 5:00 p.m. The heart of the festival is the artists’ marketplace that showcases the work of over 75 local, regional and national artists selling original, hand-crafted pieces such as jewelry, paintings, sketches, sculptures, glass, wood and textiles. Artists’ work has been juried, or selected, from among all of the applicants.

Family activities are central to this event and include the popular hands on art tent where children are encouraged to create various pieces of artwork under the guidance of a professional art teacher. Dozens of music, theater and dance performances are also scheduled at the event which spans the entire length of the campus, from the McDonough Museum of Art to DeBartolo Hall. Numerous YSU departments will participate with activities and displays.

The Summer Festival of the Arts will also include the Festival of Nations, an ethnic festival welcoming over 20 ethnic clubs and churches that provide ethnic memorabilia, performances and food. Many local arts and cultural groups will also provide open hours and activities at their off-campus locations. Admission is free.

For the sixth year, a Jazz concert will occur in Downtown Youngstown as part of the weekend. Rebranded Youngstown Wine and Jazz, the event will be Saturday, July 9, beginning at 7:00 p.m. The stage will be set up in the middle of Wick Avenue near the Central Square. Several wineries and breweries have committed to the event and will set up adjacent to the stage. Tickets are $10 each and available at the Covelli Centre Box Office, at www.ticketmaster.com or at the gate. 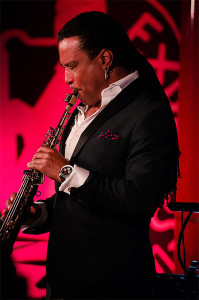 This year’s featured artist is Marion Meadows, saxophonist, composer, and contemporary jazz recording artist. Meadows was born in West Virginia and grew up in Stamford, Connecticut. He began playing the clarinet and studying classical music at the age of nine. He started playing tenor sax in high school, and then migrated to soprano sax. He was intrigued by the styles of jazz musicians, like Stanley Turrentine, Sidney Bichet, Johnny Hodges, John Coltrane, Sonny Stitt, Rahsaan Roland Kirk, Dexter Gordon, Cannonball Adderley, Coleman Hawkins, Sonny Fortune, Joe Henderson, Grover Washington and many others. After studying jazz at Rippowam High School in Stamford, CT, Meadows attended Berklee College of Music. There he majored in arranging and composition. He later went to the SUNY Purchase School for the Arts.

His career began in the late 80s at New York’s Grand Central Station, where while waiting for a train, he pulled out his horn and began to play. His sound caught the attention of producer and TV composer Jay Chattaway who introduced Meadows to legendary keyboardist Bob James. Meadows went on to record or perform over the years with Brook Benton, Eartha Kitt, Phyllis Hyman, Jean Carne, The Temptations, Michael Bolton, Angela Bofill, Will Downing , Bob Baldwin, Chuck Loeb, John Lee, among others.

Meadows became a member of a New York avant-garde band called the Aboriginal Music Society and in 1990 submitted a solo project to Novus/RCA, thus marking the beginning of his solo career. Meadows’ first RCA release “For Lover’s Only” was a huge success and was followed by “Keep it Right There.” He became a staple of the contemporary jazz format with his subsequent 11 recordings. 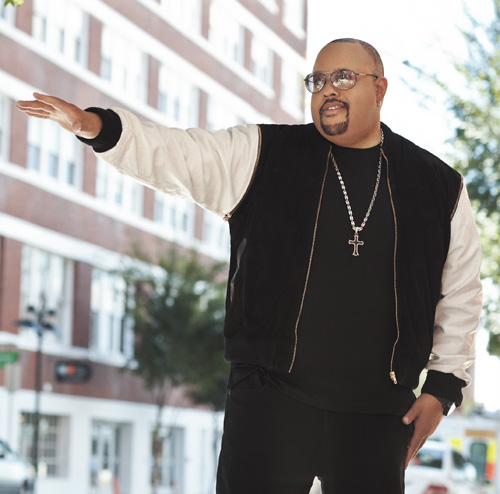 Hammond was a multi-instrumentalist, producer, and vocalist for the soulful black gospel group Commissioned during the 1980s and ’90s, who also became one of the most popular praise & worship leaders in the field. Born in Detroit, Hammond began singing with his church choir at the age of 12. He played bass and sang with the Winans during the early 80s, then joined Commissioned later in the decade, showcasing his superb arranging, production, and songwriting skill as well as his soaring vocals. Hammond’s concurrent solo career began in 1991 with “I Am Persuaded”, and he released additional albums, gradually embracing an in-concert feel even on his studio recordings. Hammond set up his own label imprint, Hammond Family Entertainment, and released the CD/DVD set “Life in the Word” in 2010. “God, Love & Romance” followed in 2012.

More information is available at www.ysu.edu/sfa or by emailing Lori Factor, festival coordinator at lafactor@ysu.edu