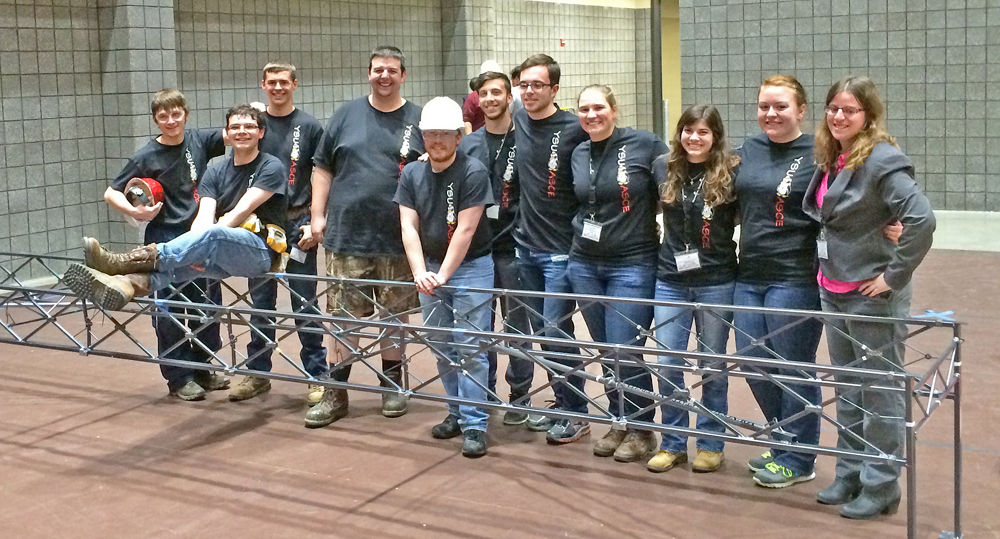 The team, representing the YSU student chapter of the American Society of Civil Engineers, will now compete May 27 and 28 in the National Steel Bridge Competition at Brigham Young University in Utah.

“Our engineering students went up against students from 13 other schools in Ohio, Kentucky and Pennsylvania, including the University of Pittsburgh, Ohio State and Carnegie Mellon, and placed at the top,” said Anwarul Islam, professor and chair of Civil/Environmental and Chemical Engineering at YSU.

“We are proud of their accomplishment and now look forward to the nationals in Utah later this spring.”

The Steel Bridge Competition involves the design, fabrication, construction and testing of a 21- to 22-foot steel structure that meets specifications set by ASCE and the American Institute of Steel Construction. At the competition, the bridge is judged on construction speed, lightness, stiffness, economy, efficiency and aesthetics.

At the regional competition at the University of Cincinnati earlier this spring, the YSU team ranked first overall. The YSU students also ranked first in construction speed, building the bridge in 6.97 minutes, less than half of the time of the second place team – Western Kentucky University at 13.92 minutes. The YSU team also placed first in the economy category and second in lightness, display, stiffness and efficiency.