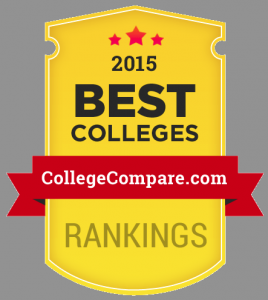 Youngstown State University ranks 10th in a new list of the best colleges and universities in Ohio.

CollegeCompare.com, which released the rankings in January, said the list consists of schools that produce a variety of four-year degrees in the state of Ohio based on their performance in an independent evaluation process by the CollegeCompare.com’s independent research team.

YSU is the only comprehensive public university on the list.

“While there are thousands of colleges and universities offering students a four-year degree program in a variety of majors, our rankings consist of the 10 best offering a general education within the state of Ohio,” collegecompare.com said.

The rankings are updated on a monthly basis to account for the latest research and analysis received by the independent research team. The colleges are selected based on their historical performance in five areas: student life, technology, spirituality, diversity and academic life.