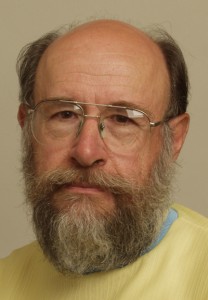 The herbarium at Youngstown State University, featuring a collection of more than 100,000 plant specimens, will be dedicated in memory of the late Carl F. Chuey, professor of Biology, who led the effort to grow the facility into one of the largest in the state of Ohio.

The dedication is set for 11 a.m. Thursday, May 7, in Room 4003 of Ward Beecher Hall on the YSU campus. In addition, a tree planted on campus will be dedicated in Chuey’s honor.

Chuey, who died last spring at the age of 70, provided a gift of $100,000 to establish a program endowment to fund the herbarium in perpetuity.

When Chuey arrived at YSU in 1967, the herbarium in Ward Beecher Hall had 200 specimens. Today, there are more than 100,000, making it the fourth largest of 35 herbaria in the state of Ohio. The facility houses specimens from more than 90 countries in six continents, including each of the 50 states and several Canadian provinces.

Chuey earned a bachelor’s degree from YSU in 1966, a master’s degree from Ohio University in 1969, and had completed work toward a Ph.D. at Ohio State University. In 1971, he was presented an honorary EdD by Ohio Christian College.

He was a founding member of the Campus Beautification Working Group at YSU, a committee charged with developing and implementing policies and procedures to preserve and sustain campus green spaces, especially the campus’ 2,000 trees.

In an article in the YSUpdate in 2006, Chuey said “completing the herbarium to me is important because it will mean my students and I have achieved a noteworthy goal for YSU. I guess it can be said that it will be my footnote in the history of YSU.”