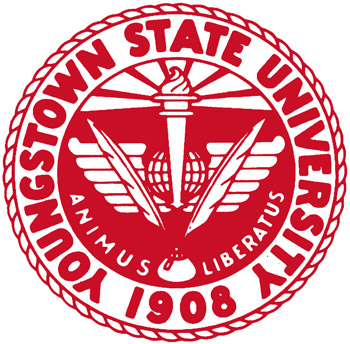 President’s report: President Tressel said 2014-15 was an exciting academic year, with many people across campus working extremely hard, engaged in strategic planning and discussion. He noted that YSU recently received the Spirit of the Red Cross Award. The Red Cross, he said, it known for being there when there’s a need. Similarly, the YSU campus and community are always there when there’s a need, he said.

Resolution to modify faculty workload policy. The policy explains the responsibilities faculty members assume in the areas of teaching, scholarship and service when they accept an appointment at YSU. Participation in the three activities is understood to be a component of a faculty member’s total workload.

Resolution to modify appointment of graduate assistants and teaching assistants policy. Changes were made to reflect the current, updated practice utilized in the College of Graduate Studies.

Resolution to authorize recommendation of candidates for honorary degrees. YSU policy states that a list of no more than 20 candidates be recommended for approval. The Academic Events Committee of the Academic Senate must approve individuals on the list.

Resolution to authorize conferral of faculty emeritus status. The designation of Faculty Emeritus is an honorary title conferred following the retirement or death of faculty members in recognition of extended meritorious service to the university.

Resolution to expand College Credit Plus dual enrollment partnerships into the state of Pennsylvania. In 2006, YSU began to pursue partnerships with regional school districts to offer dual or concurrent enrollment opportunities for high school students. The program, now called College Credit Plus, has grown from 56 students to nearly 1,000. Several high schools in Pennsylvania have expressed interest in the program. The resolution approves expanding the initiative to Pennsylvania. YSU will now apply the Pennsylvania Department of Education to receive permission to deliver the courses in Pennsylvania.

Resolution to approve gifts for the benefit of the university policy. The policy has been created to fulfill expectations set in a memorandum of understanding executed last year between YSU and the YSU Foundation.

Resolution to modify university police policy. Modifications have been made to reflect that the YSU Police Department now reports to the Division of University Relations.

Resolution to accept 3,927 development gifts in the amount of $3.69 million through the third quarter of FY 2015.

Resolution to rename the Drs. Thomas and Maria M.L. Fok Hall. Dr. Thomas Fok held a doctorate degree in civil engineering and was an associate professor at Youngstown University from 1958 to 1967, at which time he established his own engineering firm, Thomas Fok and Associates. Dr. Maria M.L. Fok was a general practitioner medical doctor who practiced for more than 48 years. In recognition for their significant contribution and commitment to the students of YSU, the resolution designates the former Alumni House on Wick Avenue as the Drs. Thomas and Maria M.L. Fok Hall.

Resolution to authorize the execution of a mutual aid agreement between YSU police and other law enforcement agencies in Mahoning and Trumbull counties. Changes made to the resolution would allow the administration to renew the agreement when necessary and in an ongoing basis.

Resolution to authorize energy performance contract with Johnson Controls Inc. for energy savings measures and to secure project financing through PNC Equipment Finance. YSU is now in the ninth year of a 10-year performance contract with Johnson Controls that has resulted in demonstrable energy efficiencies and cost savings. This second phase of the energy conservation project will reduce utility costs and help address YSU’s deferred maintenance needs. YSU estimates energy savings of not less than $2 million a year – more than sufficient to cover the annual lease payment obligation. The project will be funded through a 14-year financing package through PNC Equipment Finance that includes a tax-exempt lease-purchase agreement in an amount not to exceed anticipated construction costs of $16 million.

Resolution to modify institutional insurance programs policy. The policy outlines the university’s participation in insurance programs intended to manage risk associated with property losses and/or legal liability that may result from injury or damage to others.

Resolution to modify and retitle the smoke-free environment policy. The policy demonstrates YSU’s commitment to adhering to smoking prohibitions under state law, which is intended to limit the exposure of students, employees and visitors to the effects of tobacco use and second-hand smoke.

Resolution to modify acquisition of real estate policy. The policy delineates the geographical area within which the university may seek to acquire property and also outlines guiding principles and procedures for acquiring property.

Resolution to authorize the leasing of university land for student housing development. Trustees agreed to lease 3.4 acres of university land along Fifth Avenue to Hallmark Campus Communities for the construction of a 162-bed student apartment complex. Hallmark has developed student housing at universities across Ohio, including the University of Akron, University of Cincinnati, Kent State University and Ohio University. The estimated project cost is $7.8 million and will be financed solely by the developer. The project is expected to be completed by Fall Semester 2016, which coincides with the university’s projection of increased demand for apartment style student housing. 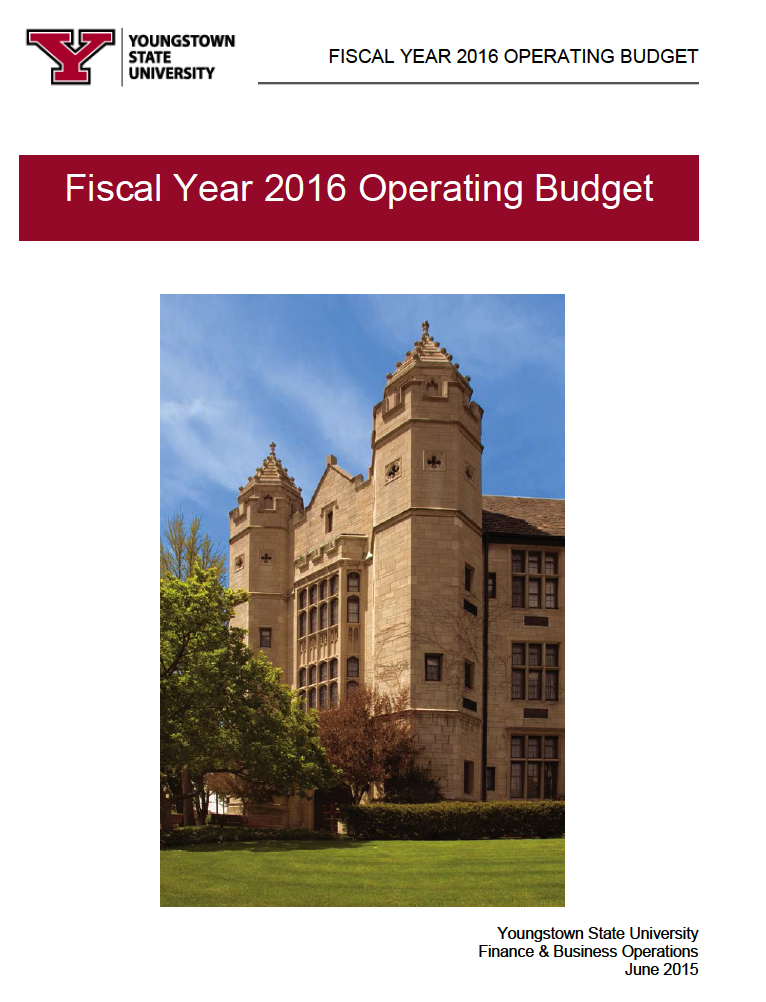 Resolution to approve the $176.9 million operating budget for Fiscal Year 2016. YSU continues to operate under the assumption that a structural deficit exists in the general fund budget. This deficit was created by revenue shortfalls resulting from a 17 percent decline in enrollment levels between 2011 and 2014, and a 15 percent reduction in state funding appropriations in FY 2012. However, the projected deficit for FY 2016 has been reduced significantly, as management continues to contain costs, reduce expenses and raise revenues. On the revenue side, the budget assumes: a 1 percent increase in full-time equivalent student enrollments relative to prior year actual enrollment levels; no change in undergraduate tuition rates and an increase in graduate tuition of 3.66 percent; a 9 percent increase in state funding appropriations, based on preliminary estimates provided by the Ohio Board of Regents and by the Inter-University Council of Ohio; an increase in investment earnings, based in part on current year performance. On the expense side, the budget assumes: the implementation of the new OEA faculty agreement that includes a 1 percent base salary adjustment and rank-based bonus payments to continuing full-service faculty, and reduced costs for summer instruction and extending teaching service; the continuation of changes made to the employer health care program, including a 15 percent premium share for covered employees; the continuation of permanent expense reductions made during the prior fiscal year, primarily in the form of eliminated position vacancies; the creation of a $3 million strategic investment fund, enabling targeted funding in critical areas that will help the university continue to progress toward the goals outlined in the 2020 Strategic Plan.

Resolution to approve interfund transfers. The resolution authorizes a transfer of $800,000 from the Board of Trustees’ Restricted Discretionary Gift Fund, which has a balance of $1 million, donated to the university last year by the late Dr. Maria A. Fok. The funds will be used for improvements to Wick Avenue. YSU is working with the city of Youngstown to make significant improvements, including road resurfacing, sidewalk and curb replacement, lighting enhancements and moving utilities underground. YSU has conceptually agreed to help finance the approximately 0.75 miles of Wick Avenue adjacent to campus.

Resolution to approve a fee waiver for the Give Back Go Forward program. The program was initiated by the Ohio Board of Regents and the Ohio Department of Aging, in partnership with YSU and Eastern Gateway Community College. Under the program, senior citizens who provide 100 or more hours of volunteer service to specific educational organizations will receive a tuition waiver for a three-credit course. The senior citizens can give the waiver to a student of their choice. YSU will provide up to 50 tuition waivers per academic year for eligible students. The fee waiver must be approved by the Ohio Board of Regents.

Resolution to modify discrimination/harassment policy. Changes were made with the goal of improving clarity and flow of the policy and complying with other university policies.

Resolution to modify employee health insurance programs policy. The policy establishes the health insurance benefits for professional/administrative and other non-bargaining university employees. This is a modification of the existing policy to correspond to the changes that have been made in the OEA and ACE agreements and includes changes to the premium sharing and the working spouse provisions.

Resolution to approve exception to selection requirements and appoint Neal McNally as Vice President for Finance and Business Operations.

Resolution to approve exception to selection requirements and appoint Martin Abraham as Provost and Vice President for Academic Affairs.

Resolution regarding terms and conditions of employment for classified employees exempt from collective bargaining.

Election of board officers: Trustees unanimously re-elected Carole S. Weimer as the board chair for 2015-16. Leonard D. Schiavone was re-elected vice chair, and Franklin S. Bennett Jr. was re-elected secretary. 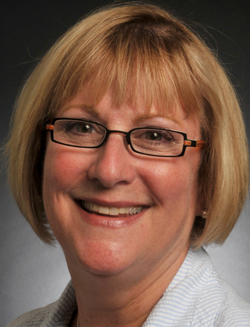 Chairperson’s remarks: Chair Weimer said there has been renewed energy and direction on campus in the past several months. She acknowledged and thanked Sudershan Garg, whose term as a trustee has expired. She also thanked Eric Shehadi, whose term as a student trustee has also expired, and welcomed Samantha Anderson, appointed by Gov. John Kasich to replace Shehadi as a student trustee. Weimer talked about President Jim Tressel’s reorganization of the university’s administrative leadership team, specifically acknowledging Eddie Howard, new associate vice president for Student Experience, and Michael Reagle, new associate vice president for Student Success. The chair also acknowledged new job titles for vice presidents Martin Abraham, Neal McNally and Holly Jacobs, as well as Sal Sanders, dean of the College of Graduate Studies. Weimer expressed hope for increased enrollment this Fall semester, and she thanked everyone at the university for their hard work and dedication.