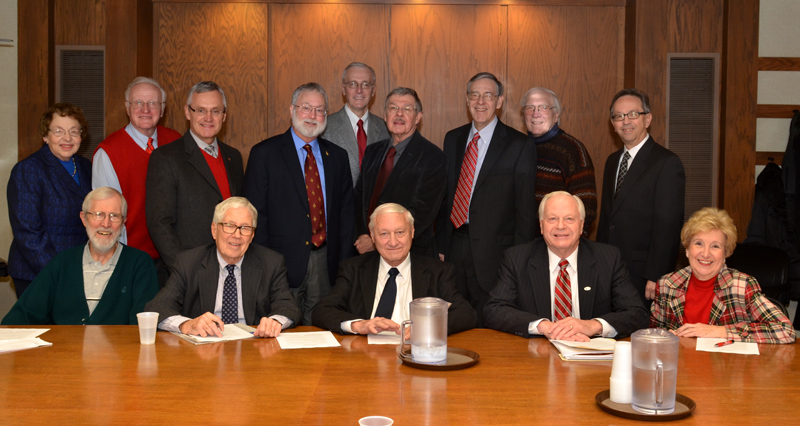 The purpose of the Academy is to promote stimulating intellectual discussions about topics across all disciplines and to provide a forum for collegial interaction. Del Bene said she started the Academy at the suggestion of Ronald Mikolich, a local cardiologist, who told her of a similar group that had been formed at his undergraduate university, Johns Hopkins.

The YSU Academy meets monthly on campus during the Fall and Spring semesters. At each meeting, one of the members makes a presentation on a topic of his/her choosing, and then the group engages in discussion. The group then adjourns to the MVR restaurant for lunch and additional discussion.

“We have had some very interesting and lively discussions,” Del Bene said.

Topics presented thus far have included Christopher Columbus by George Beelen of History; Numerology by Stephen Schildcrout of Chemistry; Physics in Sports by Stephen Hanzely of Physics; and Climate/Environmental Challenges of the 21st Century by Lauren Schroder of Biology. Del Bene made a presentation on her mentor, Nobel Prize laureate Sir John A. Pople. President Jim Tressel attended the group’s meeting in December.

Newer PostPelini: “I’m much different than how I appear sometimes on TV”
Older PostFaculty/staff achievements