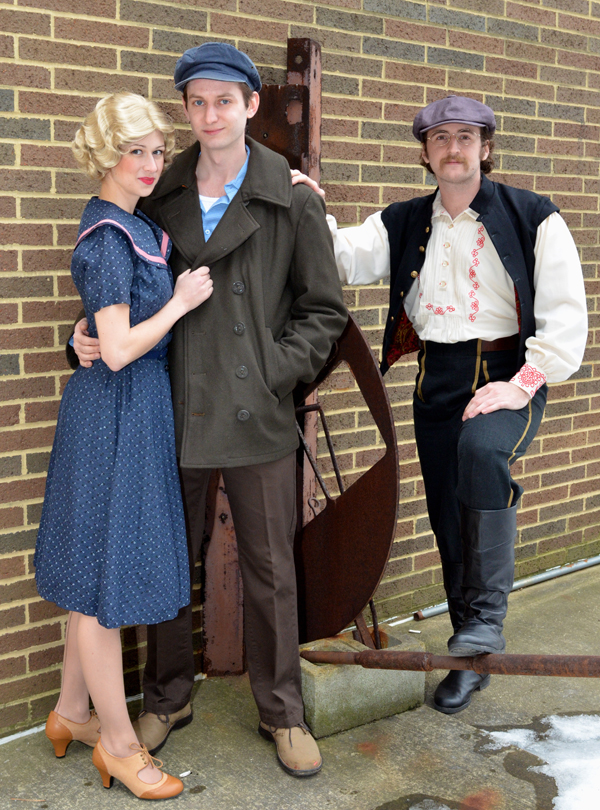 Cast members of University Theater’s production of “Out of This Furnace” include, from the left, Zara Markman, Mark Warchol and Patrick Hobby.

Youngstown State University’s Department of Theater and Dance presents the drama “Out of This Furnace” Feb. 26 through March 1 in the Ford Theater of Bliss Hall on the YSU campus.

Thursday through Saturday performances begin at 7:30 p.m., while the Sunday matinee performance is at 2 p.m. The show’s director is Nancy Wolfgang, instructor in the Department of Theater and Dance.

The drama tells the story of three generations of an immigrant Slovak family struggling to build a life in the shadow of Carnegie’s first steel mill, and the rise of unions in Braddock, Pa. The novel is by American writer Thomas Bell. Set in Braddock, a steel town just east of Pittsburgh along the Monongahela River, the story is based on Bell’s own family of Rusyn and Slovak immigrants. The story follows three generations of a family, starting with their migration in 1881 from Austria-Hungary to the United States, and finishing with World War II. Shared with unbearable financial adversity, the Slovaks nicknamed “Hunkies” were also exposed to discrimination by other “Americans.” The novel’s title refers to the central role of the steel mill in the family’s life and in the history of the Pittsburgh region.

“Furnace has presented several directing and acting challenges,” Wolfgang said. “The script takes place over 30 years in multiple locations, including a flash back, and the cast is also working with accents. The whole production team has met the challenges to prepare this story reflecting the personal histories of families here in the Mahoning Valley.”

Tickets may be purchased by calling the University Theater Box Office at 330-941-3105. Ticket are free for YSU students with ID; $15 for adults; $10 for senior citizens, YSU faculty and staff and high school and college students from other universities, Penguin Club members and YSU Alumni Society members. Parking is available in the Wick Avenue deck for a nominal fee.