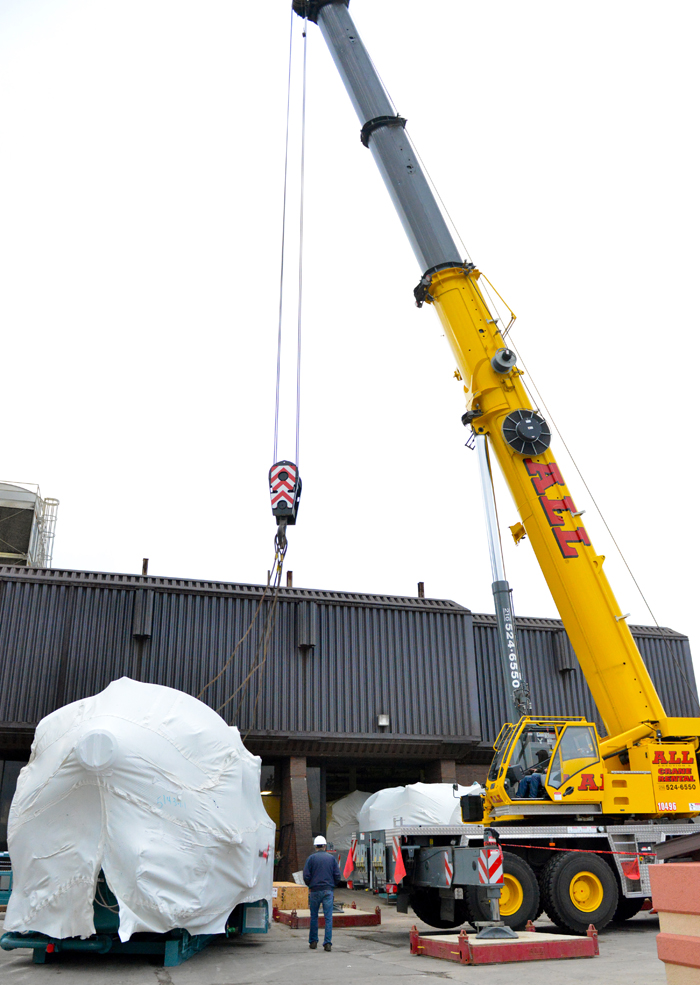 Workers prepare to move a boiler into the utility building at YSU as part of the installation of the university’s new steam plant.

Boilers were installed in the university’s central utility plant over the winter break as part of a plan by YSU to begin producing and distributing its own steam to heat campus buildings.

The new energy efficient boilers are expected to cut steam costs by nearly two-thirds, from $3.2 million to about $1.2 million a year. University officials said the boilers also would be environmentally friendly, burning clean natural gas fuel, and would be more reliable, producing high-quality steam.

The university, which currently purchases steam from Youngstown Thermal, is expected to have the plant up and running no later than June 30.

The plant, in addition to improvements to the campus-wide steam distribution system, is being constructed as part of a $16 million energy performance contract with Johnson Controls Inc. The project is being funded through a 14-year financing package with PNC Bank. The financing would be repaid with the annual savings in energy and operating costs realized as a result of the improvements