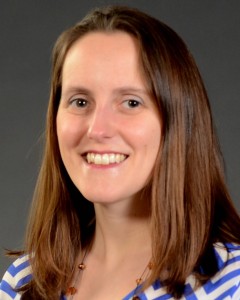 Melanie Shipman, a graduate student in the Beeghly College of Education, and Kayleigh Perline, a double major in Psychology and Interpersonal/Organizational Communications, are the student speakers at Youngstown State University’s Spring Commencements Saturday, May 16, in Beeghly Center on the YSU campus.

Commencement ceremonies for undergraduate and graduate students in the Beeghly College of Education, Williamson College of Business Administration and the College of Science, Technology, Engineering and Mathematics will be at 10 a.m.

Commencement ceremonies for undergraduate and graduate students in the Bitonte College of Health and Human Services, the College of Liberal Arts and Social Sciences, and the College of Creative Arts and Communication will be at 2:30 p.m.

Shipman, a member of the first cohort of the School Psychology program at YSU, will speak at the morning ceremony. She graduated with a bachelor’s degree in Middle Childhood Education with a concentration in Math and Social Studies from the University of Toledo and worked 10 years as a seventh-grade math teacher at Grand Valley Middle School in Orwell, Ohio, where she served on the Math Curriculum and Building Leadership teams. She earned a master’s degree in Curriculum and Instruction in 2007 from Liberty University and then decided to go back to school to become a school psychologist, enrolling in the new School Psychology program. She has worked as a graduate assistant with Mary Lou DiPillo, associate dean in the Beeghly College of Education. During her two-year assistantship, she helped organize a reading conference attended by 300 local teachers and university students and helped with the BCOE change from NCATE to CAEP accreditation standards. While a full-time graduate student and graduate assistant, she managed an active home life as a wife and mother of three children and maintained a perfect grade point average. She currently is an intern working for the Trumbull County Educational Service Center. 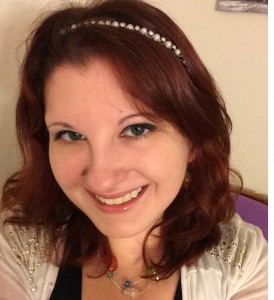 Perline, who has made the Dean’s List every semester at YSU, will speak at the afternoon ceremony. Perline is the recipient of numerous awards and scholarships, including the Karl W. Dykema Scholarship, the James P. LaLumia Memorial Scholarship, the William H. Farnell Scholarship, the Dr. Kathleen Kougl Scholarship in Communication, the Allen Jones Scholarship in Psychology, and the Albert & Adele Krotzer Scholarship. Perline is involved with Alpha Xi Delta Sorority, Psi Chi, Lambda Pi Eta, Room of Requirement and Phi Kappa Phi. She held leadership positions in Alpha Xi Delta, Psi Chi and Lambda Pi Eta. She studied at the University of Winchester in England during the fall 2013 semester. Perline has volunteered at the Rich Center for Autism, Animal Charity Humane Society, Walk Now for Autism Speaks in Youngstown and in Canton, and Angels for Animals. After graduation, Perline plans to attend Miami University in Oxford, Ohio, to obtain a master’s and EdS in School Psychology. After that, her goal is to work in a school system as the school psychologist.