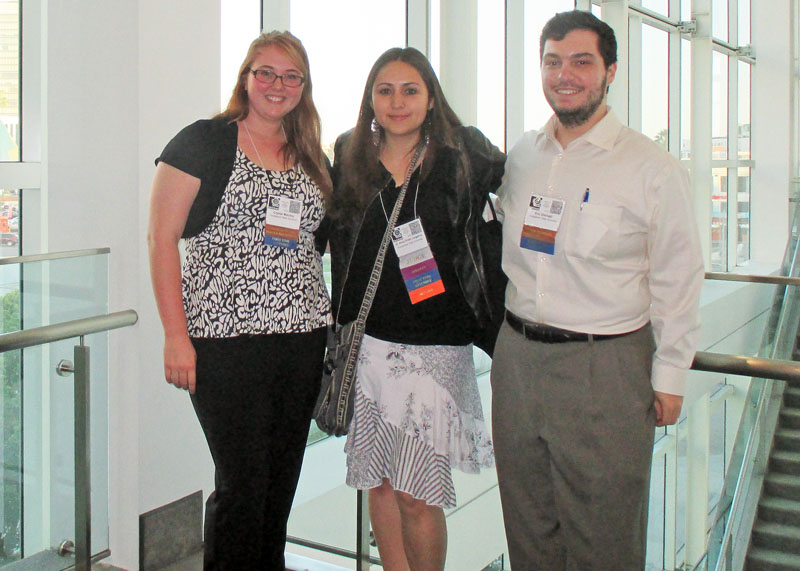 Two YSU mathematics majors brought home honors for research presentations they made at the national Society for Advancement of Hispanics/Chicanos & Native Americans in Science conference in Los Angeles.

Crystal Mackey, a junior math and chemistry major from Bristolville, Ohio, took home a 2014 SACNAS Undergraduate Student Presentation Award for her poster, titled “Special Values in Learner Monoids.” She based her study on research completed during a summer research experience in Hawaii last year.

Alicia Prieto-Langarica, assistant professor, Mathematics and Statistics, attended the conference with Mackey and Shehadi. She said the event, the largest of its kind in the United States with nearly 4,000 students and professionals attending, gives students background in how to deal with issues related to minority scientists and allows them to rub shoulders with professionals working in their chosen fields. Prieto-Langarica hopes to establish a SACNAS student chapter at YSU in the near future.