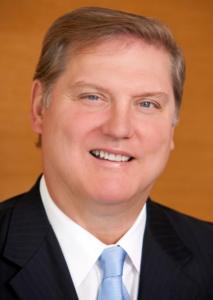 The head of one of the nation’s largest corporations and an internationally accomplished musician, composer and conductor will receive honorary degrees and speak at Youngstown State University’s spring commencements Saturday, May 16, in Beeghly Center on the YSU campus. 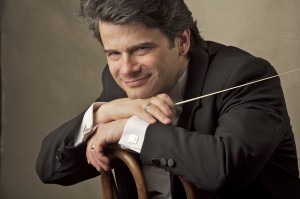 Commencement ceremonies for undergraduate and graduate students in the Beeghly College of Education, Williamson College of Business Administration and the College of Science, Technology, Engineering and Mathematics will be at 10 a.m.

Commencement ceremonies for undergraduate and graduate students in the Bitonte College of Health and Human Services, the College of Liberal Arts and Social Sciences, and the College of Creative Arts and Communication will be at 2:30 p.m.

Spiegel, who was raised in Poland, Ohio, is president and chief executive officer of Siemens Corp., which has $22 billion in domestic sales, $6 billion in exports and approximately 60,000 employees based in the United States. The company, which provides solutions for more affordable and efficient healthcare, the growing demands of cities and the nation’s infrastructure needs, cleaner sources of energy production and industrial productivity, has more than 130 manufacturing sites across the United States and is represented in all 50 states.

In 2013, Spiegel was on campus to announce that Siemens was providing an in-kind grant for $440 million in state-of-the-art product lifecycle management software and training to YSU’s College of Science, Technology, Engineering and Mathematics.

Spiegel joined Siemens in 2010 after 25 years of global consulting experience with organizations in the oil and gas, power chemicals, water, industrial and automotive fields. He previously was a Booz Allen Hamilton. An expert on the global energy industry, Spiegel co-authored the 2009 books Energy Shift: Game-changing Options for Fueling the Future, which has been translated into Arabic, Spanish, Korean and Japanese.

Fleischer is in his seventh season as music director of the Youngstown Symphony Orchestra. He also is currently music director for the Hudson Valley Philharmonic and the Anchorage Symphony.

He has appeared as a guest conductor with many orchestras across the world, including repeat engagements with the Israel Philharmonic, Los Angeles Philharmonic, National Symphony, the symphonies of San Francisco, Houston, Seattle, Utah and San Diego and the Chamber Orchestras of St. Paul and Philadelphia.

Fleischer is the only American conductor to ever receive Newsweek Magazine’s “Parent Choice Award” for his groundbreaking CD ROM of Peter and the Wolf.

He first came to international attention when, while serving his first of five years as assistant and then associate conductor of the National Symphony Orchestra, he conducted Dvorak’s Cello Concerto with Mstislav Rostropovich as a soloist during the NSO’s 1990 tour of Japan and the Soviet Union. It was the first time Rostropovich played the cello in Russia since his forced exile in 1972. In 1992, Fleischer conducted an ensemble of more than 70 cellos, including Yo Yo Ma, and a 190-voice chorus in the Kennedy Awards tribute to Rostropovich, and in 1993 he conducted a private concert for Pope John Paul at the Vatican.

As a composer, Fleischer is a national leader in symphony rock and world music fusion. In March 2006, he premieres his original composition, Triumph, featuring traditional Navajo ceremonial songs and danced. He also received a commission to write a Native American fusion work combining indigenous music from Alaska, Hawaii and Massachusetts.

He has co-authored several instruction pieces for children in collaboration with his wife, Heidi Joyce, which were premiered by the National Symphony Orchestra.