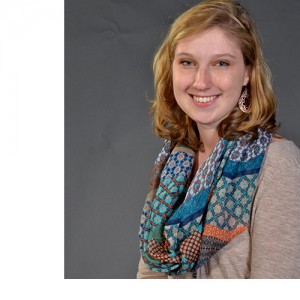 The OSRC scholarship is a statewide award given annually to up to three students enrolled in accredited respiratory care programs in the Ohio. Kuneli received the highest monetary award in 2015.

Kuneli was the sole recipient of the national award and will receive a scholarship, a certificate of recognition and a paid trip to Tampa, Florida, where she will be honored at the American Association for Respiratory Care Congress awards ceremony.

Both scholarships are considered prestigious recognition, available only to Respiratory Care upperclassmen. Kuneli is a senior,
pursuing Registered Respiratory Therapist and Polysomnography credentials.

In addition to her academic work, Kuneli attends clinical rotations three days a week at a local hospital and one day a week at a sleep clinic to train in polysomnography.

Kuneli is the president of the Student Organization for Respiratory Care, a member of YSU’s Academic Senate and the Phi Kappa Phi Honor Society. She also tutors underclassmen in the respiratory care program and has logged 130 hours of volunteer service.

The key to her success, she says, is a color-coded agenda that tracks her schedule in full detail. “Find what makes you passionate about your field and use that to motivate you when you just want to give up,” she says. “Do not get overwhelmed with everything you have to do, just focus on the task at hand and work from there.”

Kuneli plans to graduate in May of 2016.