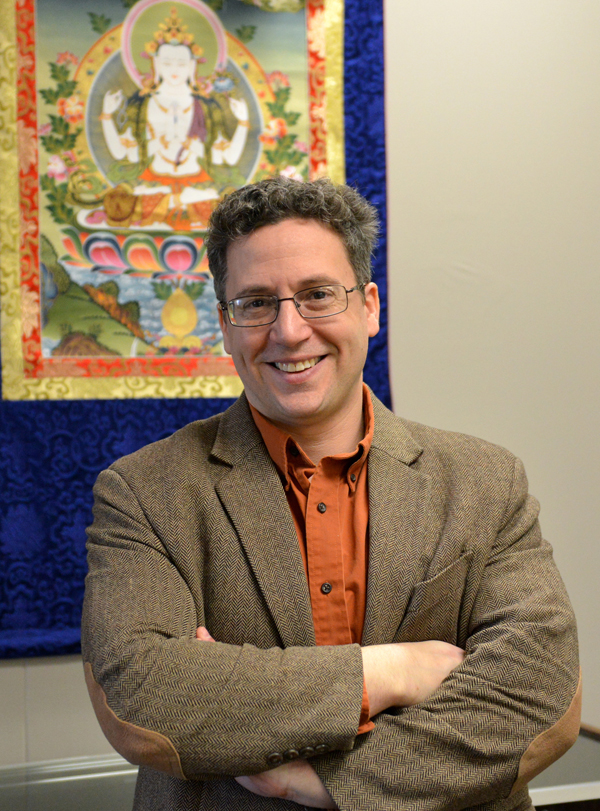 An associate professor in YSU’s Department of Philosophy and Religious Studies, Jerryson’s expertise on the topic of Buddhism and violence has brought invitations to consult with government leaders worldwide, to comment for major news outlets and to edit prestigious academic publications.

“I hate to say it, but my work has received more recognition because of all the violence by Buddhists around the world,” he said.

Last spring he was in Switzerland, part of a team of experts brought in to consult with government and corporation officials on peacemaking efforts in Sri Lanka. This summer he was in Norway on a similar mission, but before that he stopped off in Thailand to meet with militant Buddhists there and with an activist group proposing laws to protect Buddhists.

Jerryson has been quoted and interviewed by a host of major news outlets, including CNN, National Public Radio, BBC, Aljazeera News, Times of India, The Washington Post, Time and Newsweek magazines.

“This snowballed very quickly for me, so it didn’t allow me a lot of time to reflect,” he said of the growing demand for his expertise. Over time, however, he’s realized, that government and corporate leaders are often ignorant of how religion affects the way people respond, react and behave. “It’s given me the feeling that I have a lot to offer and making me more passionate about my field.”

Jerryson, who joined the YSU faculty in the fall of 2013, also serves as senior editor of religion for Oxford Research Reviews, was recently named co-editor of the Journal of Religion and Violence, and is co-founder and co-chair of Comparative Approaches to Religion and Violence, a unit of the American Academy of Religion. At 41, he has authored four books, is completing a fifth, tentatively titled Buddhist Encounters with Violence, and is editing a 43-chapter volume titled Oxford Handbook of Contemporary Buddhism.

He say his “boots on the ground” experience living abroad – including a stint as a Peace Corps volunteer in Mongolia, and more than two years of teaching and research in Thailand and Singapore – have also helped to build credibility in his field. He holds a BA in Western Philosophy and an MA in Languages and Cultures of Asia, both from the University of Wisconsin, Madison, and a PhD in Religious Studies from the University of California, Santa Barbara.

At YSU, Jerryson was awarded a research professorship for 2014-2015 and for 2015-16, which gives him a reduced class load that allows time for research, writing, editing and consulting – but he enjoys teaching.

“I’m very proud of my students here at YSU,” he said, mentioning two religion majors who graduate this spring and have been awarded full-ride scholarships in PhD programs – one at Florida State University and one at Indiana State. “And it’s not just religion and philosophy majors,” said Jerryson. “It’s so gratifying to see students majoring in business, in education and in counseling who are making use of religious studies in very powerful ways. They energize me.”