His schedule may not be as crazy as Hillary and The Donald, but Paul Sracic’s political season schedule continues to intensify.

Professor and chair of the Department of Politics and International Relations at Youngstown State University, Sracic has been quoted in news media around the world about the ups and downs, ins and outs of this year’s frenzied U.S. presidential campaign, from CNN and NPR to the Washington Post and USA Today.

He’s now taken that expertise and insight overseas with visits to Bulgaria and Malta.

Sracic, who since 2012 has lectured at universities and embassies in Japan, China, Belgium, South Korea, Lithuania and Latvia, said he was invited by a representative of the U.S. State Department to visit Bulgaria and Malta this month to present lectures as part of the U.S. Speaker Program.

“I speak mostly at universities, but also give public lectures and talks to smaller groups of journalists, politicians, judges, public officials, and also do radio and television interviews,” said Sracic, a 2009 Fulbright Scholar in Japan. “On this trip, as is usually the case, I meet with U.S. ambassadors in both countries, and the U.S. ambassador to Malta will be introducing me at one of my talks.” 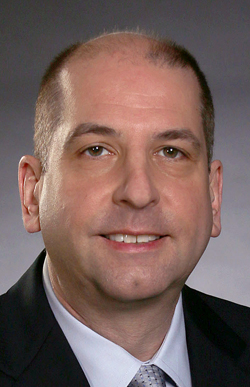 Sracic is now in Malta, Oct. 15 to 20, where he will meet with U.S. Ambassador G. Kathleen Hill. He also will participate in presentations on “The 2016 U.S Elections – Presidential Candidates and Campaigns” and “U.S. Foreign Policy – Past, Present and Future” at the University of Malta. A separate appearance at the University of Malta will focus on “A New President of the United States – How the presidential candidates see the United States and its position in the world.” Also in Malta, Sracic will make presentations at the Academy for the Development of a Democratic Environment and at Fondazzjoni IDEAT.

As for Election Day, Sracic said he is once again running a college poll workers program with the Mahoning County Board of Elections. Students will be working the polls around the county.

Sracic, who holds a PhD and master’s in Political Science from Rutgers University, is the co-author of Ohio Government and Politics with Bill Binning, chair emeritus of the YSU Department of Political Science. Last year, he recorded a TEDx talk entitled “Ohio, the Swing State,” which can be heard at http://tedxtalks.ted.com/video/Ohio-the-Swing-State-%7C-Paul-Sra.