Since the summer of 2013, YSU Magazine has been sharing married YSU couples’ love stories in our popular “Penguin Mates”column. The couples featured below were introduced in the magazine’s Spring 2016 print edition – you can read their complete stories and see all their photos here. 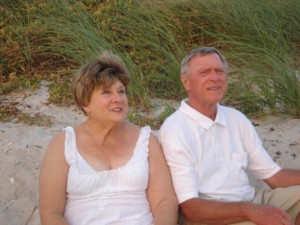 Sol Watson Gully, ’67 BE in Electrical Engineering, and Nancy Ann Botak Gully, ’65 BA in Psychology, were married August 28, 1965 in Youngstown. He retired as senior vice president and vice president of engineering for the former ALPHATECH, they celebrated 50 years of marriage in 2015 and now live in Cape Cod, Mass.

How we met … Nancy and I met during the fall of 1963 where we were both working new student registration for Youngstown University at Maag Library. Nancy had an assistantship in the geography department and I had an assistantship in the engineering department. We liked each other at first sight, but it was a year later that we met again in the cafeteria and started dating. We were married the following summer, on August 28, 1965, in St. Brendan Church, Youngstown. 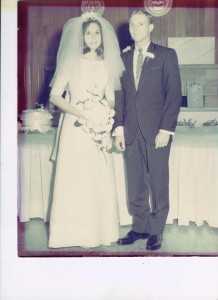 Nancy and Sol Gully on their wedding day.

After graduation, Nancy worked at Goodwill Industries, and later, as a social worker for Pittsfield Hospital in Pittsfield, Mass. I had numerous job offers at graduation but selected General Electric because of its doctoral program. I started out in the Ordnance Division in Pittsfield, where I worked on the Poseidon and Trident missile guidance systems and earned a master’s degree at Polytechnic Institute of Brooklyn. GE then sent me to the Massachusetts Institute of Technology to work on the Minuteman MX guidance system in the company’s Instrumentation Lab and to finish my doctoral work, leading to a PhD in control systems. After four years in Florida working on the Space Shuttle flight control system I returned to MIT as a staff member.

At MIT, I joined three professors in founding a company called ALPHATECH. Our main goal was to support American defense and intelligence programs by developing algorithms and software to solve hard problems. I served as a member of the board, senior vice president and vice president of engineering. After 26 years in business, we sold the company to BAE Systems, and shortly after we moved from the Boston suburb of Andover to Falmouth, Mass. to enjoy retirement. Now, 50 years after our marriage, we are enjoying life on Cape Cod, where we enjoy the beach with our six grandchildren, sail Buzzards Bay and the Islands, bike the Shining Sea bike path, and ski the White Mountains during the winter.          – Sol Watson Gully 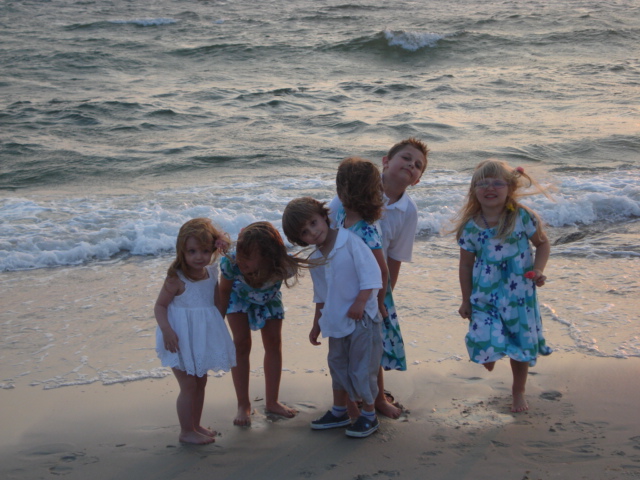 The Gullys’ grandchildren playing on the beach. 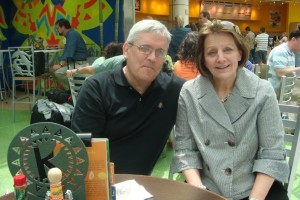 Bob Semple, ’76 BSBA, and Deb (Helsing) Semple, ’75 BS in Education, were married in March 1974, in Poland, Ohio. They are the owners and founders of Teddy Bearskins.com, a retail business specializing in children’s clothing, shoes and toys. They live in Rhode Island.

After earning her degree from YSU, Deb went to work as a home economics teacher in the Austintown Schools. I was already working as an account executive for Naegele Outdoor Advertising, and upon graduation I was promoted to Sales Manager in Youngstown. In 1978, Lamar Outdoor Advertising hired me to be their sales manager in Orlando Fla., we relocated there and Deb found a position as a gift shop manager in an Orlando Hotel because there were no teaching jobs available. A year later, she gave birth to our twins, Scott and Tiffany. 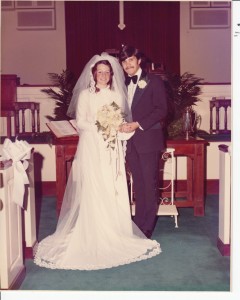 Deb and Bob Semple on their wedding day.

In the years that followed, I worked for Lamar in Nashville, joined Donrey Outdoor Advertising for positions in Columbus and Harrisburg, Pa., and then joined Chicago-based Whiteco as president and general manager of its outdoor advertising business in Providence, R.I. In 1983, Deb and I started Teddy Bearskins Inc., a retail business specializing in children’s clothing, shoes and toys, and we eventually operated stores in three cities. Another son, Brent, was born in 1990. We still operate Teddy Bearskin stores in Wickford and Barrington, and a half-off store in North Kingstown, R.I. Our daughter, Tiffany, lives in North Kingstown and is VP of social media for Teddy Bearskin. Our son, Scott, passed away in 2005 at the age of 25 from a brain disorder. Our younger son, Brent, is in his second year of law school at Roger Williams Law in Bristol, R.I. We also have three grandchildren.      – Bob Semple

Ralph W. Morris, ’79 BA and ’81 MA, both in Economics, and Marietta Stathis Morris, ’81 BM and ’94 MA, both in Music Education, were married in Warren, Ohio, on July 10, 1983. He is an economist for the Federal Aviation Administration and she is retired after a 25-year career as a music teacher for the Fairfax County Public Schools. They live in Springfield, Va. near Washington D.C.

How we met … My husband and I met in the student union in YSU’s Kilcawley Center in 1979. He had just graduated with a BA in Economics, along with my brother, and I was a music major at Dana.  I lived on campus at Buechner Hall. We became engaged in 1981, shortly before he earned his MA in Economics and I received my BM in Music Education.  We were married in Warren two years later, with many YSU friends in attendance, and The John Wilcox (YSU Violin Professor) String Quartet performed at the ceremony. 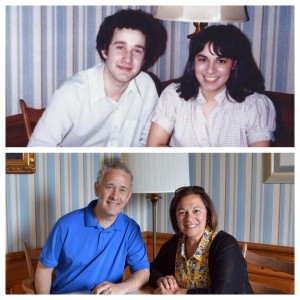 Ralph and Marietta Morris, then and now.

In 1988 we moved to Washington, D.C., where Ralph has worked as an economist for the federal government, currently for the Federal Aviation Administration. I retired in 2014 after 25 years as a music teacher for the Fairfax County Public Schools.We have one daughter, a high school senior, and we did a college visit to YSU in August, while visiting family in Warren and McDonald.  We were able to visit many of our past haunts, including Inner Circle Pizza and Buechner Hall, where we snapped a photo in the study area off the main lobby, recreating a photo from 36 years ago.   We both have many fond memories of our years at YSU.  We loved seeing how the campus has grown and how some things remained unchanged. We were impressed with the many new facilities on campus. We are proud YSU alumni! 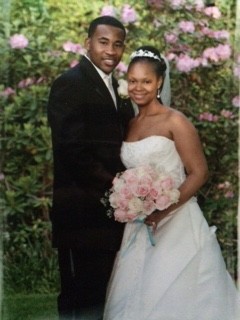 Chez and Tiiona Allison on their wedding day.

Chez Allison, ’13 BA in Telecommunications, and Tiiona Miller Allison, ’08 BS inNursing, were married May 27, 2007 in the Rose Garden at Mill Creek Metro Park. He is a fireman and sports writer for the Buckeye Review newspaper, Youngstown she is a nurse, employed by St. Elizabeth Health Center in Youngstown.

How we met … Chez and Tiiona grew up on Youngstown’s East Side and knew each other as early as junior high school. They were high school sweethearts and have been together since the summer of their senior year in 2000 but attended different schools: she attended Rayen, he went to Campbell. They have three children – two boys and a girl. 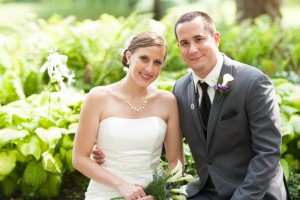 Rena Meadows and Jerry Hunter on their wedding da

How we met … Jerry is from Youngstown, a Cardinal Mooney graduate, and I grew up in Garrettsville. We met at YSU in the fall of 2006 and had two classes together: history of motion pictures and human anatomy. I sat in front of him in both courses but we didn’t talk a whole lot that first semester. When the next semester came around, we parked next to each other on the first day of classes. A few months later we started dating, and it’s been happiness ever since! We were married eight years later at the Tyler History Center in downtown Youngstown.

We both wanted to get married in a non-traditional venue, and when we found the Tyler Center we fell in love. It was perfect for us and ours was the second wedding held there.

Penguin Mates will be a continuing feature in YSU’s alumni magazine. If you and your spouse are both YSU graduates, we’d like to share your story. Tell us how you met, and a little about your life today, in 300 words or less, and send it with a current photograph and/or a wedding photo. Photos sent by email must be high-resolution .jpgs, at least 3.5” x 5” and 300 dpi. Be sure to include your degrees, the years you graduated, city of residence, an email address and phone number so that we can contact you. Email to: cevinarsky@ysu.edu or mail to: YSU Magazine, Youngstown State University, One University Plaza, Youngstown, OH 44515.