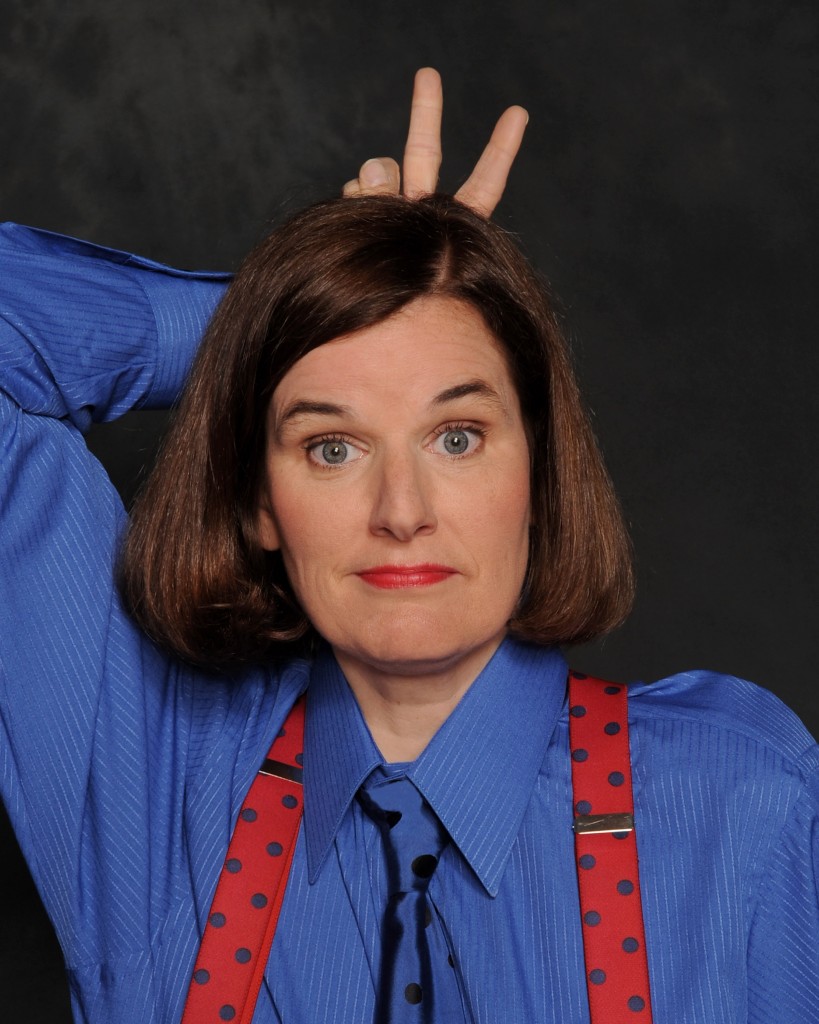 In the early 1990’s, Poundstone was the first woman to win the cable ACE for Best Standup Comedy Special and the first woman to perform standup at the prestigious White House Correspondents dinner. In 2013, she joined Whoopi Goldberg, Joan Rivers and several other prominent women in comedy for a feature-length documentary entitled, “Why We Laugh Too: Women of Comedy.” In 2012, Poundstone was honored, along with Nina Totenberg, NPR correspondent; David Brooks, New York Times columnist; and Bob Mankoff, New Yorker cartoon editor, with the 2012 Moment Magazine Creativity Award. She has starred in comedy specials on HBO and BRAVO, won an Emmy Award, and served as “official correspondent” for The Tonight Show during the 1992 presidential race. Poundstone also appears on “Late Night w/Craig Ferguson” about three times a year and does an occasional editorial for NPR’s “All Things Considered”. She was recognized as one of Comedy Central’s 100 greatest stand-ups of all time. She won an American Comedy Award for Best Female Standup Comic, and in 2010 she was voted into the Comedy Hall of Fame. She is also a published author. Her book, “There is Nothing In This Book That I Meant To Say” is still in release on audio and in paperback. Other writing credits include the back page columnist of Mother Jones, The Los Angeles Times, Entertainment Weekly, and Glamour magazine.