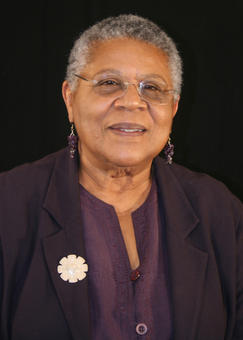 Civil rights leader and peace activist Minnijean Brown Trickey, one of the Little Rock Nine who defied threats to attend an all-white high school in 1957, will be on the campus of Youngstown State University Tuesday and Wednesday, Oct. 6 and 7 to screen a documentary on her life.

“Journey to Little Rock: The Untold Story of Minnijean Brown Trickey” will be screened 7 p.m. Tuesday, Oct. 6 in the Chestnut Room of Kilcawley Center. An abbreviated version of the documentary will also be screened 10 a.m. Wednesday, Oct. 7 in McKay Auditorium in the Beeghly College of Education on campus.

After each screening, Brown Trickey will be available to take questions.

The event, free and open to the public, is co-sponsored by the YSU Office of Student Diversity, the Beeghly College of Education, the Bitonte College of Health and Human Services, and the College of Liberal Arts and Social Sciences. 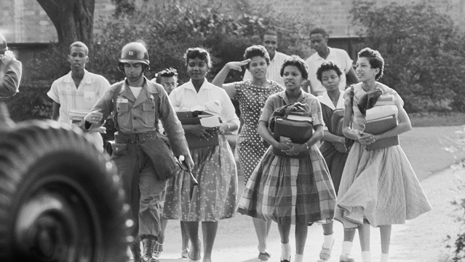 At the age of 16, Brown Trickey was one of the Little Rock Nine, the nine black teenagers in Arkansas who defied death threats, hostile white demonstrators and the National Guard, to attend an all-white high school. At the age of 22, she was active in the non-violence movement for civil rights and for peace.

At the age of 28, she and her husband moved to Northern Ontario, where she learned to raise animals and farm the land by hand, and she gave birth at home to five of her six children. She was supporting Native people’s fight for their rights, protesting to save the environment, and working towards equality for all. At the age of 58, she returned to the United States and received the Congressional Gold Medal.

The documentary features the music of Sarah Vaughan and Bruce Cockburn and contains rarely seen archival footage, exclusive footage of the Little Rock Nine at the 1997 commemoration of the 40th anniversary, and moments from The Oprah Winfrey Show.