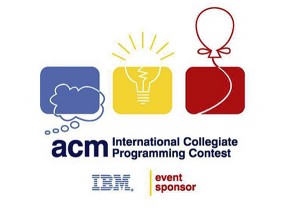 The competition is Friday and Saturday, Oct. 30 and 31, in Meshel Hall on the YSU campus.

It is the ninth year that YSU has been a site for the competition. Since 2007, YSU is the largest competition site in the East Central North America region. Bonita Sharif and Robert Gilliland of YSU’s Computer Science and Information System department are co-site directors for the Youngstown site.

Winners selected from the contest advance to the ACM International Collegiate Programming Contest World Finals May 15-20, 2016 in Phuket, Thailand. Prizes, scholarships and bragging rights are at stake for some of world’s finest university students of computing sciences and engineering fields.

Colleges send one or more three-student teams to the competition. Each team has access to one computer workstation, and is given a set of independent problems, which may be solved in any order. Each solution is a program, composed by the team at the workstation.

The contest allocates five hours to compete six or more problems. The problems draw from high school and college mathematics and programming skills, as well as everyday knowledge and problem solving.

The ACM International Collegiate Programming Contest provides college students opportunities to interact with students from other universities and to demonstrate and sharpen their problem-solving, programming and teamwork skills. The contest provides a platform for ACM, industry, and academia to encourage and focus public attention on the next generation of computing professionals as they pursue excellence.

NOTE: Photos and/or videos are allowed ONLY on Friday evening and Saturday evening at the awards banquet.