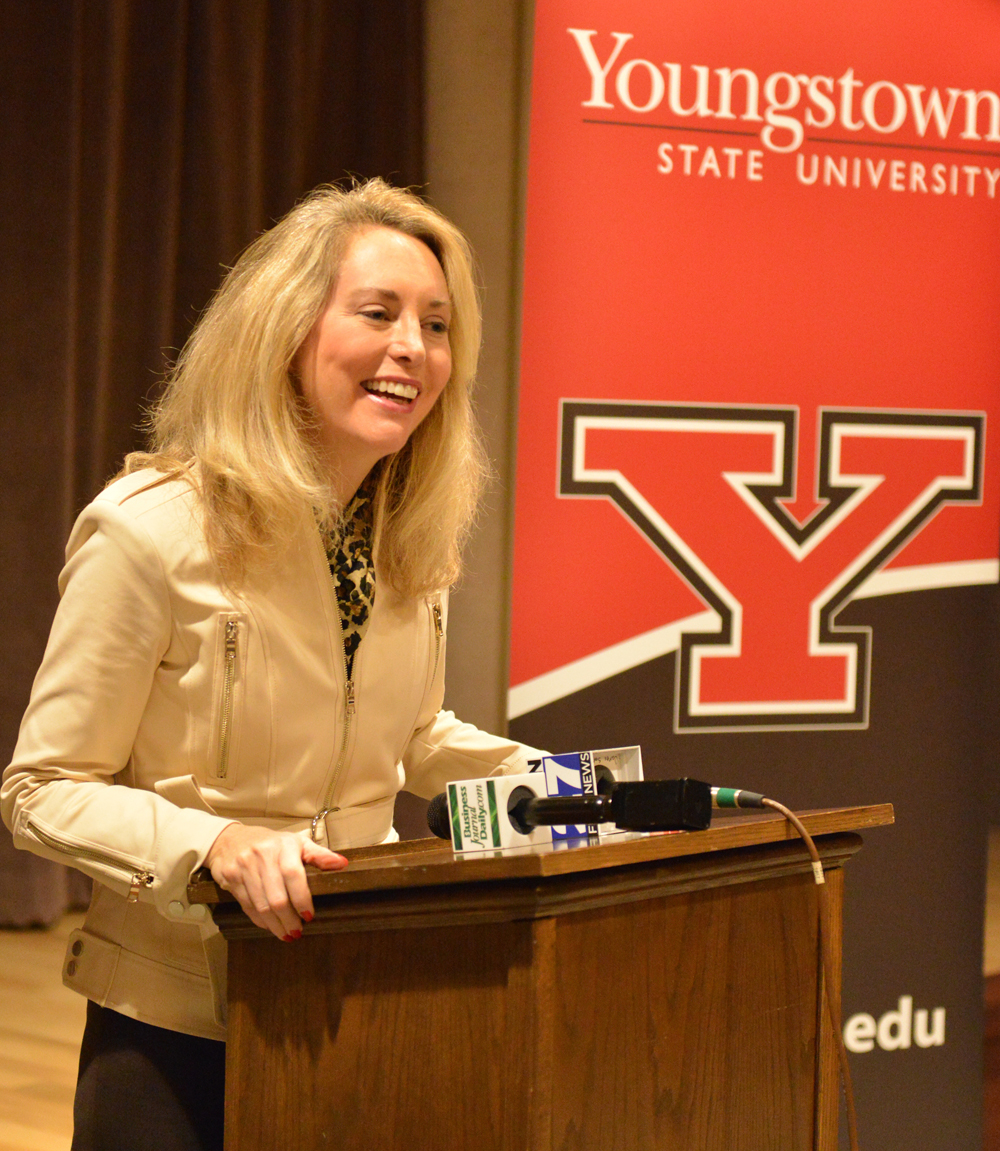 Former covert CIA operations officer Valerie Plame laughs during a meeting with local news media prior to presenting YSU’s Skeggs Lecture in Stambaugh Auditorium. Nearly 1,500 people attended the speech. Plame, who is the author of “Fair Game: My Life as a Spy, My Betrayal by the White House,” had her covert status revealed in 2003 in a controversy that was traced to senior White House and State Department officials.