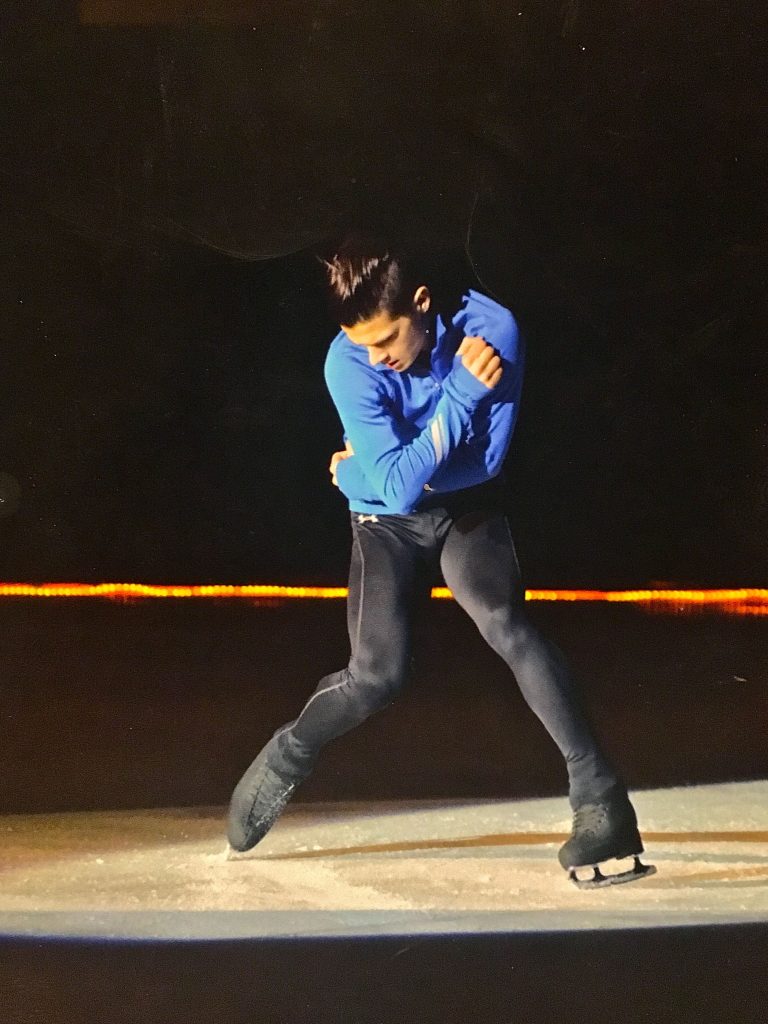 “It was surreal,” said Carbone, a Drafting and Design Technology major, said about winning a gold medal. “I was happy that I was able to put up three really solid performances. They were some of the best of my career. Winning gold was a nice surprise.”

Carbone, a native of Erie, Pa., has been skating for 11 years and skating competitively for nine. “I saw the U.S. Nationals on TV one year, and it really inspired me to put on some skates, go to the local ice rink and try it out,” he said.

His competitive season is winding down now. “The next qualifying season starts in March,” he said.

He said studying, skating and coaching can be a challenge.

“It can be pretty difficult,” he said. “I coach, as well, so my schedule goes from classes in the morning, to the rink in the afternoon and the evening, and then I have evening classes on campus until about 11 p.m. three days a week. My days are pretty packed.”

He said he owes his success to several people. “Definitely to Skip Mackall, my current coach at the Ice Zone in Boardman,” he said, “and to my Grandma, who’s supporting me financially through all the years that I’ve been skating.”