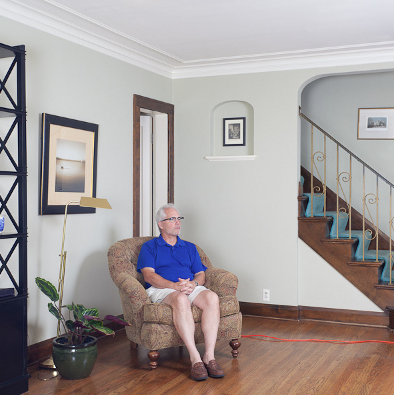 “mideast.midwest.middle class,” an exhibit by Jakob Marsico, was presented at the Butler Institute of American Art in 2011 and 2012.

In the workshop, students will build a video camera from a Raspberry Pi minicomputer (3.37″ x 2.21″ x 0.83″) and then program a visual effect using openFrameworks, a toolkit designed to assist the creative process by providing a simple and intuitive framework for experimentation to make things with code. The Raspberry Pi is a credit-card sized computer that plugs into a TV and a keyboard.

Marsico runs Ultra Low Res Studio, an arts-engineering firm that works with developers and architects to integrate dynamic, experiential installations with the built environment. He is an adjunct instructor at Carnegie Mellon and a member of the CoDe Lab in CMU’s School of Architecture. He earned a bachelor’s degree in Religious Studies from George Washington University and a master’s degree in Tangible Interaction Design from CMU.

His work, “mideast. midwest. middle class,” an interactive installation, was at the Butler Institute of American Art between in November 2011 and October 2012. It consisted of large-format photography, dmx lighting, audio, interviews, found sound and Gilderfluke automation.