From scholarly presentations in Paris to serving on a national panel that advises the U.S. Post Office, Youngstown State University faculty and staff are earning accolades and sharing their expertise, both inside and outside the classroom. Here are some of their most recent accomplishments: 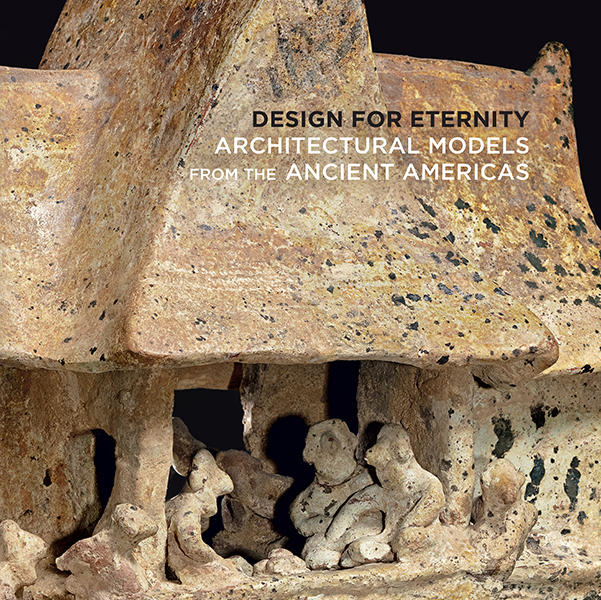 The book was published in conjunction with an exhibition of the same name that opened at The Metropolitan Museum of Art in New York in October. Sarro served as consultant for the exhibition. Her book explores the creation and context of small-scale architectural effigies placed in tombs and shrines in the Precolumbian Americas. 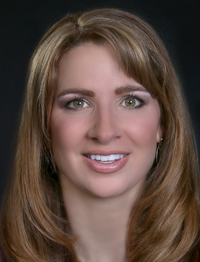 Award for Excellence
Vicki Kress of North Royalton, Ohio, a professor of Counseling, was awarded the Robert O. Stripling Award for Excellence in Standards by the Association for Counselor Education and Supervision at an awards luncheon in Philadelphia.

The award recognizes and honors an ACES member who demonstrates a commitment to leadership in the advancement of standards for counselor education programs. Kress’s award, in particular, recognizes her contributions to Ohio becoming the first state to require accreditation by the Council for Accreditation of Counseling and Related Educational Programs for licensure. Kress was also invited in November to serve as a panelist to speak on the topic of “Suicide Awareness” at the National Press Club’s Mental Health Symposium in Washington D.C.

Kress, who serves as director of YSU’s Community Counseling Clinic and coordinator of Clinical Mental Health and Addiction Counseling Programs, in the Department of Counseling, Special Education and School Psychology, has a PhD in counselor education from the University of Akron and earned her undergraduate degree in Psychology and Sociology from Baldwin Wallace College. She joined the YSU faculty in 2001. PHOTO 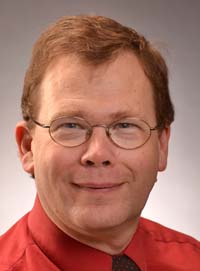 Geography presentation
Geography professor Craig S. Campbell of Boardman, Ohio, made a presentation titled “The Fall and Rise of the ‘Sport of Kings’ on Western Reserve – Seven Ranges Border of Northeastern Ohio,” at the annual meeting of the National Council for Geographic Education in Washington D.C.

Lead author
Jill Tall of Cortland, Ohio, associate professor of Biology, has been named an Adjunct Clinical Instructor in the Department of Family Medicine at Lake Erie College of Osteopathic Medicine in Erie, Pa. for 2015-2017. Tall is coordinator of Anatomy and Physiology at YSU, and she is was the lead author on a paper, titled “Minimal Impact of an Electronic Medical Record System,” was published in May in The American Journal of Emergency Medicine.

Tall joined the YSU faculty in 2003. She completed a post-doctoral fellowship at Johns Hopkins University and holds a PhD in Biomedical Science from Kent State University in cooperation with Northeast Ohio Medical University, and a bachelor’s degree in Zoology from Arizona State University. 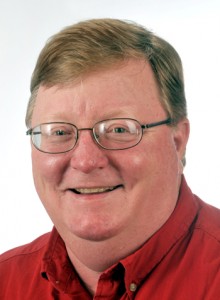 Chester R. Cooper, Jr., professor, Biological Sciences, presented a poster in Paris at the 2015 Cell Wall Conference, sponsored by the International Society for Human and Animal Mycology. Cooper also served as chair of a scientific session at the conference. The poster was co-authored by Sarah Eisnaugle and Josh Engle, who worked with Cooper as graduate students and completed their master’s degrees this year; Julio Budde, molecular biology specialist, and Tom Diggins, professor, both in Biological Sciences; Sumanun Suwunnakorn, a former PhD student of Chiang Mia University in Thailand for whom Cooper served as international research mentor; and Nongnuch Vanittanakom, professor of Microbiology and his collaborator from Chiang Mai University. Suwunnakorn is now a postdoctoral investigator at the University of Rochester Medical School, Rochester, NY. 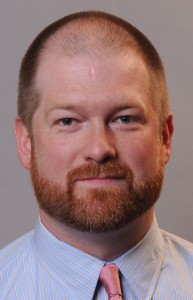 Research and Writing Award
Matt Paylo of Canfield, Ohio, an associate professor and director of Counseling, is the 2015 recipient of the Ohio Counseling Association Research and Writing Award. The award was presented at the All Ohio Counselors Conference in Columbus in November. Paylo is a highly productive scholar who has co-authored one textbook, generated book chapters and presentations, and had articles accepted for publication in The Professional Counselor, Journal of Creativity in Mental Health, The Journal of Counselor Preparation and Supervision, Annual Review of Addiction and Offender Counseling, The Family Journal and the Journal of Counseling and Development.

Paylo joined the faculty in 2009 with a PhD in Counselor Education and Supervision from the University of Virginia. 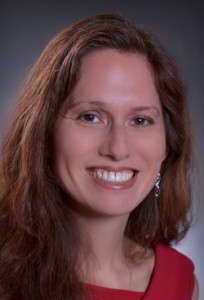 “Lust and Disgust”
Diana Palardy of Poland, an associate professor of Foreign Languages and Women’s and Gender Studies, wrote an article titled “Lust and Disgust: The Rhetoric of Abjection in the Spanish Immigration Films Bwana, Flores de otro mundo and Princesas,” published in the Bulletin of Hispanic Studies. The Bulletin has been published continuously from Liverpool, England, since 1923 and is recognized across the world as one of the front-ranking journals in the field of Hispanic scholarship. Palardy also presented a paper recently, titled “Into the Matrix of Contemporary Spanish Squatter Communities: Navigating through Utopian Landscapes of Hospitality and Dystopian Landscapes of Hostility in the novel Okupada by Care Santos,” at the Society for Utopian Studies Conference in Pittsburgh.

Palardy joined the YSU faculty in 2008 after earning a PhD in Spanish from the University of Virginia. 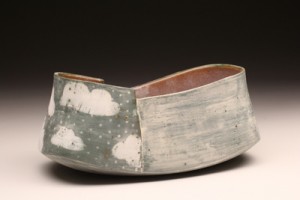 Michigan Mudd
Assistant Art Professor Missy McCormick of Poland, Ohio, was a presenter at Michigan Mudd, a national ceramic conference presented by the Michigan Ceramic Art Association Conference. The conference and exhibition were held at Henry Ford College in Dearborn, Mich., where McCormick demonstrated her work and exhibited in the college’s Sisson Gallery. In October, McCormick’s work was featured in a solo exhibition, titled “Shifting Perspective,” in the Foster Art Gallery at Westminster College in New Wilmington, Pa. She also had three works on display this fall in Alberta, Canada, as part of the International TOOL exhibition, an exhibition inspired by the processes and tools of our trade.

McCormick joined the YSU faculty in 2012 as assistant professor and ceramics coordinator in the Department of Art. McCormick holds a master of Fine Arts in Ceramics from the University of Florida and a bachelor of Fine Arts in 3D Studies from Georgia Southern University. 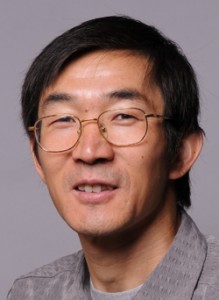 BMC Genomics
Xiangjia “Jack” Min of Canfield, Ohio, an associate professor of Biological Sciences, published a research article titled “Genome-wide cataloging and analysis of alternatively spliced genes in cereal crops” in BMC Genomics. Partnering with Min in the research were: Brian Powell, current graduate student; Jonathan Braessler, undergraduate student; John Meinken, a recent master’s graduate; Feng Yu, assistant professor of Computer Science and Information Systems; and Gaurav Sablok, a collaborator at University of Technology, Sydney, Australia. The work was funded by a grant from the Ohio Plant Biotechnology Consortium. Min also participated in the pineapple genome sequencing and annotation project with an international team comprising 70 scientists from 25 institutes. The work was published in the journal Nature Genetics, titled “The Pineapple Genome and the Evolution of CAM Photosynthesis.” 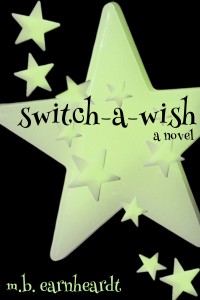 First novel
Mary Beth Earnheardt of Youngstown, an associate professor of English, has published her first novel, titled Switch-A-Wish. Published by Three Worlds Press in New Jersey, it is available in print and ebook form. Originally classified as a work of women’s fiction, the book breaks genre boundaries, crossing over into chick lit and fantasy. 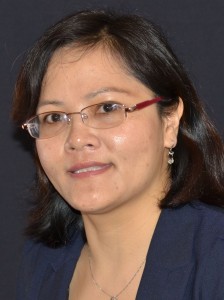 Stock selection
Moon Nguyen of Boardman, an assistant professor of Mathematics and Statistics, published an article, titled “Hidden Markov Model for Stock Selection,” in the Journal Risks. In the article, Nguyen discusses use of the hidden Markov model for stock selection – the model has been used in speech recognition systems, computational molecular biology and financial market predictions.

“Cadillac Charlie”
History Professor Fred Viehe of Boardman, Ohio, participated in a telephone interview with a reporter from The Dead Files, an investigative television series featured on the Travel Channel. He was asked to talk about the 1963 murder of Charles Cavallaro, alias “Cadillac Charlie,” a racketeer whose sensational murder was among the crimes that prompted the Saturday Evening Post to give Youngstown the dubious title of “Crimetown USA” later that year.

Viehe joined the YSU faculty in the fall of 1985. He earned a bachelor’s degree from Lewis and Clark College in Portland, Ore., and his master’s and PhD degrees from the University of California, Santa Barbara.

Hillary Fuhrman of Boardman, Ohio, YSU’s director of Assessment, was interviewed for a publication, Lessons from the Field: Using Data to Catalyze Change on Campus, issued by the National Survey of Student Engagement. YSU and the Office of Assessment are featured in the article, titled “Widely Sharing Results Through Customized Reports.” In her comments, Fuhrman discussed how YSU shared the 2013 NSSE results through workshops. Out of 621 institutions using the NSSE data, YSU’s use of its custom report builder was among the highest in the country. 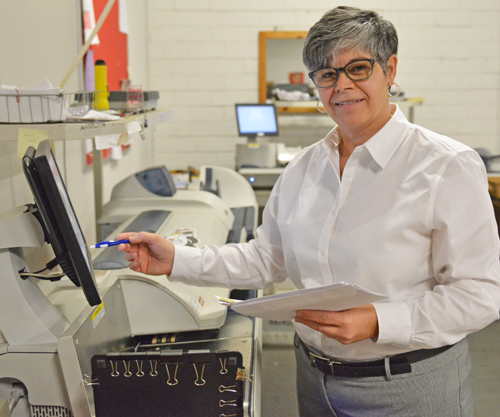 Anna Pascarella of New Castle, Pa., manager of Delivery Services at YSU, was elected to serve as one of four college and university representatives serving on the Mailers Technical Advisory Committee and representing colleges and universities for the National Association for Colleges and Universities Mail Services. Members of the panel meet four times a year with U.S. Postal Service representatives in Washington D.C., to discuss postal issues and provide feedback on how the mail affects schools. Pascarella has held a variety of leadership positions with the NACUMS over the past 13 years.

She joined YSU in 2010 and holds a bachelor’s degree from Slippery Rock University. Previously, she was an operations manager for FedEx for seven years and worked as manager of Mail Services at Kent State University.