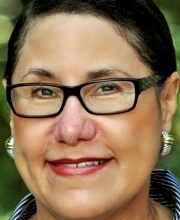 Evelyn Brooks Higginbotham, the Victor S. Thomas Professor of History and chair of the Department of African and African American Studies at Harvard University, presents a lecture titled “When Black Lives Matter: A Historical Perspective” at 5 p.m. Friday, March 18, in the Chestnut Room of Kilcawley Center on the campus of Youngstown State University.

The event is free and open to the public. A reception will immediately follow.

The lecture is presented by Alpha Kappa Alpha Sorority, Epsilon Mu Omega and Delta Delta chapters, and sponsored in part by the Youngstown Chapter of Kappa Alpha Psi Fraternity, the YSU Bitonte College of Health and Human Services and YSU Student Diversity Programs.

Higginbotham is currently the chair of the Department of African and African American Studies at Harvard and has held this position since 2006. She is a recipient of the National Humanities Medal and the author of the award-winning book, “Righteous Discontent: The Women’s Movement in the Black Baptist Church.” Diverse Magazine named her among the “Top 25 Women in Higher Education.”

During the 2010-11 academic year, Higginbotham was the inaugural John Hope Franklin Professor of American Legal History at Duke University Law School. In May 2011, she received an honorary degree from Howard University.  In 2012, Higginbotham was selected as one of the recipients of the competitive Hauser Innovation Grant awarded by the Harvard Initiative for Learning and Teaching for the project “Portraits in Multimedia: A Social Engagement Project in African and African American Studies.” She has also served as acting director of Harvard’s W.E.B. Du Bois Institute for African and African American Research.